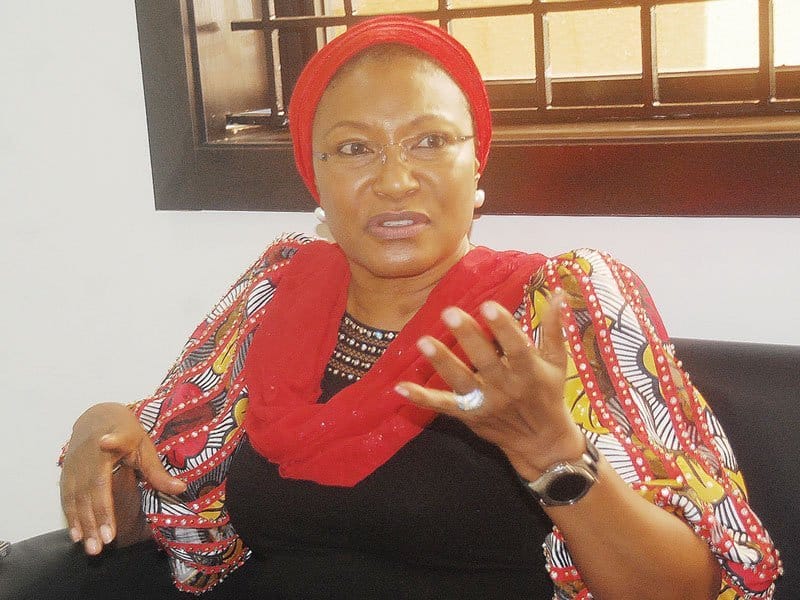 However, some people are of the opinion that Kingibe did not deserve the honour because he betrayed Abiola when he needed him the most.

But in a chat with The Interview, Kingibe’s ex-wife said contrary to claims, Abiola abandoned her ex-husband.

She said Kingibe went through a lot but did not make it public.

“It’s not a view. I know that Kingibe did not betray Abiola because I was there. I am not just saying this. I think I am one of his most vocal critics. But that aspect of criticism is not fair, and it is not true,” she said.

“Whether Kingibe deserves national honors or not, if you are giving it to June 12, then he was part of it. But saying that he betrayed Abiola (I have nothing to gain from telling the truth), was unfair.

“Maybe a lot of people didn’t see what he went through himself. He also did not care to make it public. Everybody says Kingibe betrayed Abiola, how? Nobody tells us. At least I haven’t been told.”

She said her ex-husband’s decision to work for the Sani Abacha regime was made “collectively that not just Kingibe but remember they had Jakande and so many people from the Abiola/Kingibe camp in the government.”

“They were under the misguided notion that Abacha was going to hand over to them. And really, as I have said over and over again, Kingibe is no longer my husband and I am under no obligation to say anything good about him,” Ireti said.

“But I also do not believe in telling lies. And as I have said to many people in the past, they are all guilty of bad judgement and not bad will.”

She said it was strange that Abiola left the country for a while without telling Kingibe.

“The truth is that Abiola needed Kingibe to win the elections but may not have been as comfortable with him as he should have been. When Abiola left Nigeria, I think it would be really strange to run away from the country and you are not going to say anything to your running mate,” Ireti said.

“In truth, Baba Kingibe only went to see Abiola and found out that Abiola had left the country. And when Abiola called from abroad, it was me he got. Those days we had landlines. Baba was not at home. I picked up the phone and he said to me in Yoruba that I should tell him that a bird does not tell another bird that a stone is coming.

“So, when Baba came back, I said Abiola called and this is the message he left for you. Baba said to me, ‘did he call to apologize?’ I said no, he did not call to apologize. He just gave an explanation or a rationalization for his action and this is what he said. He ‘no, no! You didn’t understand his Yoruba well.’

“I said you can go and find out from anybody. I can’t discuss their relationship, I can’t discuss the depth of it. I can only discuss my perspective of it because I was there at the time. Yes, I did think when Abiola went away, came back, Kingibe stayed in the country and stuck it out to the end, though his passport along with mine were seized.”

She said her ex-husband had the option to either to work for the Abacha regime or be killed.

“It was either Kingibe stayed in his government right in front of him or he buries him, Kingibe is dead. There are no two ways,” Ireti said.