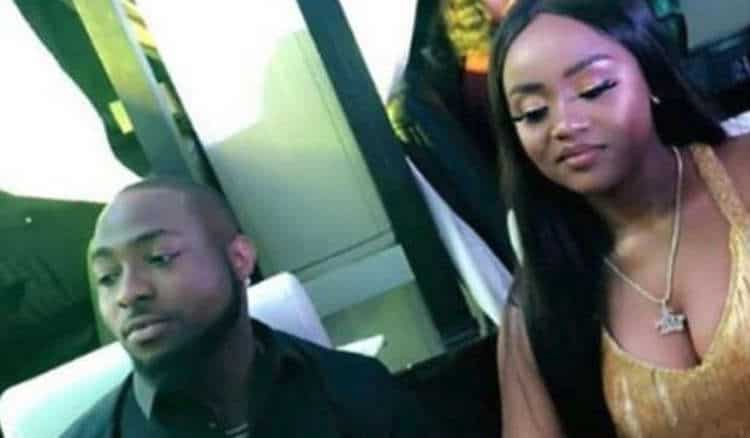 Controversial Nigerian journalist, Kemi Olunloyo, has claimed that Chioma has broken up with her super star lover, Davido.

Kemi revealed this in a post on Twitter, where she stated that this month has not been the best for the singer.

“#HNNGossip Sad month for Davido. Remembering his late friends especially the murdered DJ and his pal Chime, his uncle losing that crazy #OsunDecides, his NYSC camp so shitty and Chioma breaking up with him. Never put your lover in a music video. #Pray4Davido sha” 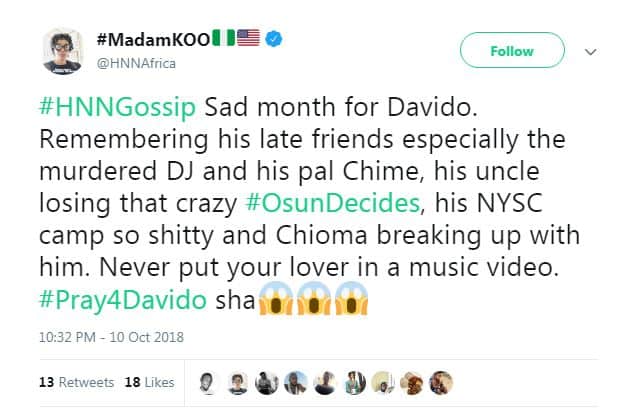 “#HNNGossip Davido’s ex girlfriend Chioma has never cooked for us to see on her TV deal nor has she driven that Porsche. Davido it’s gonna be hard to patch this up. U were too possessive. Whatever you do, never make the mistake of going back to Sophia Momodu. My advice to u“