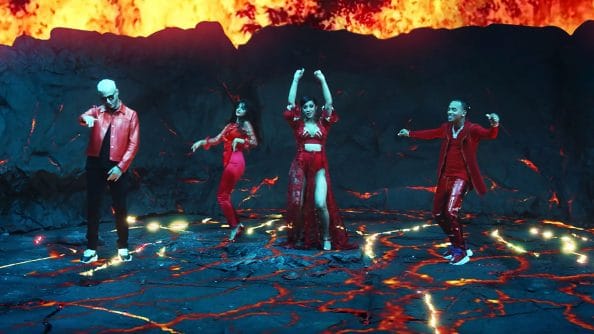 The four minute video, has all the artist dressed up in red, as they gave their best performances for their fans.

The song, which was released a week ago, has already garnered attention from fans all over the world with more than a half a million views on the video less than an hour after its premiere.

Now, the video is out and everyone is already talking about it.