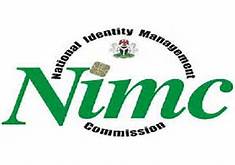 NIMC Speaks On Importance Of NIN Registration By Minors

NIMC Head, Corporate Communications, Mr Loveday Ogbonna told the News Agency of Nigeria (NAN) today in Abuja that “the registration for NIN is a lifetime opportunity”.

Ogbonna also noted that having NIN as an individual would strengthen and aid service delivery, promote socio-economic inclusion as well as development for hundreds of poor people in the country.

He advised Nigerians and legal residents to take their children and wards of all ages for enrollment at any NIMC registration centre across the country.

According to him, the recent approval of the Identity Ecosystem by Federal Executive Council (FEC) will bring into full force the implementation and enforcement of the provisions of the NIMC Act 23, 2007, on the mandatory use of the NIN.

He said application of appropriate sanctions and penalties on defaulters would commence by January 1, 2019.

“NIMC has noticed low turnout of minors for enrollment in all the 36 states of the federation and the Federal Capital Territory, Abuja.

“We hereby call on all parents and guardians to visit any NIMC office close to them with their children and wards to get them registered into the database and have NIN issued to them free of charge,” he said.

He, however, noted that it is mandatory for parents or guardians to have their NIN before enrolling their children.

He said the action was imperative because the system essentially links the NIN of the minor to that of his/her parent or guardian until the minor attains the age of 16.

According to him, this is to ensure that the NIN of the minor is linked with that of the parent or guardian, until his bio-metric features become fully developed.

“It will also help to retain the comprehensive family database, making it easy for government to trace every citizen to a family unit,” he said.

Ogbonna further explained that upon attaining the age of 16, a child would be required to visit any of the NIMC enrollment centres to update his or her registration.

“So that the National e-ID Card will be processed and subsequently issued to such individual as prescribed in the NIMC Act 23, 2007,” he said.

He added the enrollment process consists of the recording of an individual’s demographic data and capture of his 10 fingerprints and head-to shoulder facial picture.

“These will be used to cross check existing data in the national identity database to confirm that there is no previous entry of the same data or double enrollment before NIN is issued,” he said.

He cautioned that double enrollment into the National Identity Database (NIDB) for the NIN is a crime and a punishable offence.