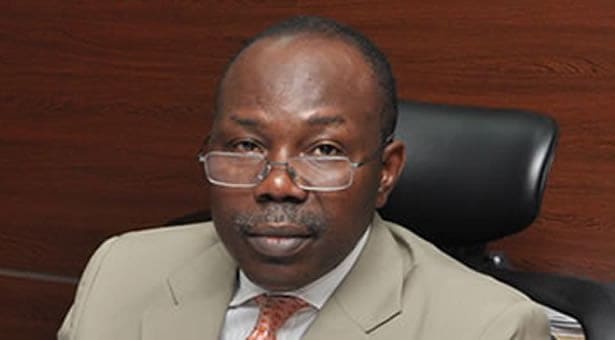 The Senate has confirmed the appointment of Dr. Muiz Banire, as Chairman of the Governing Board of the Asset Management Corporation of Nigeria (AMCON).

The nomination of Mr. Banire, Muiz Adeyemi Ph.D, SAN for appointment as Chairman of the governing board of the Assets Management Corporation of Nigeria (AMCON) is hereby confirmed.

Banire, who was former APC legal adviser, was suspended from the party following allegations of anti-party activities.

Banire had been in a serious rift with some leaders of the party whom he accused of imposition of candidates in elections as well as other actions that are injurious to APC’s successes.

He was accused of working against the party in the last local government election as well as suing a top party member.

Naija News recalls that President Muhammadu Buhari had nominated Banire, a former legal adviser of the All Progressives Congress (APC), for appointment as the AMCON Chair in July 2018, shortly before the Senate abruptly embarked on recess.

Mr. Folashodun Adebisi Shonubi is confirmed for appointment as the Deputy Governor of CBN.

Shonubi was nominated by President Muhammadu Buhari on Friday, June 8, via a statement signed by presidential spokesperson, Garba Shehu.