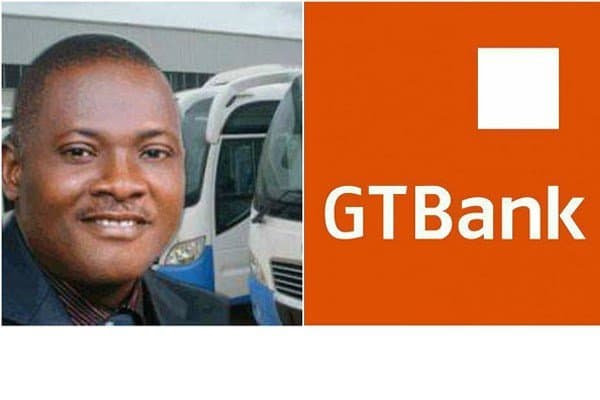 An Ikeja Special Offences Court has struck out  a suit instituted by the Economic and Financial Crimes Commission (EFCC) against Innocent Chukwuma a.k.a Innoson.

The News Agency of Nigeria (NAN) reports that Justice Olusola Williams had in a short ruling on Wednesday struck out the case following innoson’s failure to appear in court on seven occasions for his arraignment over alleged fraud.

“This court is not an investigator or a prosecutor. This court cannot waste precious judicial time prosecuting a matter that is going no where.

“The prosecution is well aware that it is its duty to produce a defendant in court; this court is not inclined to continue to waste the funds of Lagos taxpayers.

“The court hereby strikes out the matter,” she ruled.

“My Lord, the defendant has been giving briefs to counsel but has never deemed it fit to appear in court.

“While we continue to pursue the arrest of the defendant, it behoves on the defence counsel as ministers in the temple of justice to produce their client.

“They need to perform their duty to the court and ensure that their client comes to court.

“If they can receive briefs from him, then they should know where he is, ” she said.

Ettu noted that the EFCC  is optimistic about arresting the automobile boss.

“We already have a warrant for his arrest as the court has declared him wanted.

“The counsel to the defendant has brought numerous applications, trying to stall the matter,” she added.

Responding, Innoson’s counsel, Prof.J.N Mbaduga, told the court that the EFCC filed a suit marked FHC/L/565c which is similar to the one filed at the Ikeja Special Offences Court before a Federal High Court, Lagos.

“While the suit was still pending, the EFCC went ahead and filed another suit with the same subject matter against the defendants.

“Some of the facts arising from the case have even proceeded before the Supreme Court.

“We raised a preliminary objection citing abuse of court processes; we also raised objections on the grounds that the defendant has not been served with the charges.

“My Lord until the EFCC can produce the defendant in court, the court cannot exercise any jurisdiction over the defendant,” he said.

NAN reports that the fraud suit was initially assigned to Justice Mojisola Dada, but suffered setbacks due to Innoson’s failure to appear before her for arraignment on five occasions.

Dada was, however, withdrawn from hearing the case following Innoson’s Feb. 12 petition to the National Judicial Council (NJC), citing bias.

The NJC while absolving Justice Dada of any wrong doing, recommended that the case be reassigned by the Chief Judge of Lagos State, Justice Opeyemi Oke, to another judge and the case was reassigned to Justice Williams.

Again, Innoson, failed to appear before Williams for his arraignment on two occasions prompting the judge to strike out the case.

According to the charge sheet, the defendants committed the offences between 2009 and July 2011 in Lagos.

The EFCC alleged that the defendants with intent to defraud, conspired to obtain by false pretences containers of motorcycle, spare parts and raw materials, property of GTB from Mitsui OSK Lines Ltd, Apapa, Lagos.

They are alleged to have fraudulently induced staff of Mitsui OSK and Maersk Line to deliver to them via their clearing agents.

The goods were imported from China in the name of GTB and falsely authorised by the bank to clear the goods.

The prosecution claimed that the defendants in order to facilitate the fraud forged a bill of lading numbered 598286020 of Maersk Line Limited and 11007950841 of Mutsui O.S.K Lines by knowingly putting a false GTB stamp and signature of the bank staff.

The alleged forgery was in order that the forged documents be used or acted upon as genuine to the prejudice of any person within Lagos or elsewhere.