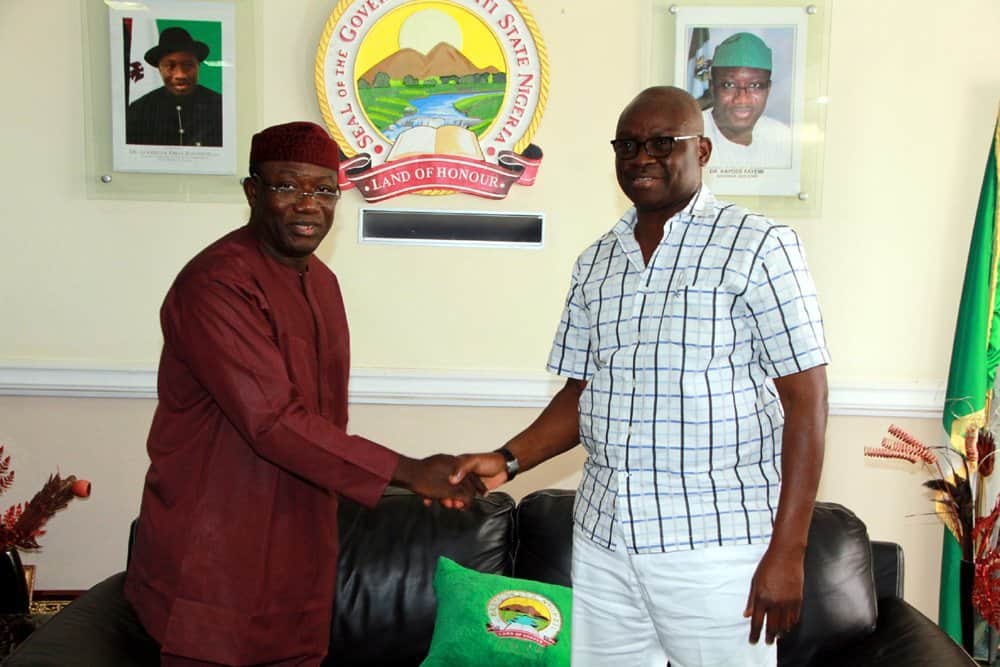 The inauguration of the Ekiti State Governor-elect, Dr. Kayode Fayemi on the 16th of October, will be graced by President Muhammadu Buhari and some serving and past governors.

Punch reports on Wednesday that an outgoing governor of Ekiti State, Ayodele Fayose was also sent an invite.

According to the chairman of the inauguration’s Media and Publicity sub-committee, Mr. Yinka Oyebode, the incumbent governor was duly invited and that the prerogative to attend the inauguration was that of Fayose.

Part of the programme lined up for the ceremony is a lecture entitled, “Reclaiming Our Land, Restoring Our Values, Ekiti of my Dream,” to be delivered by a renowned poet, Prof. Niyi Osundare.

“The committee for Dr. Fayemi’s inauguration has been communicating with those working on the side of the government.

“The government also graciously gave us the use of some of its facilities, so we have been working together.

“President Buhari attaches much interest to the ceremony, because of the love he has for Ekiti and he will also be attending as the father of the nation.

“All the state governors have been invited and Governor Fayose, being the outgoing Ekiti governor, is free to attend,” Oyebode said.

He said the post-inauguration ceremony would feature a town hall meeting across the three senatorial districts of the state, where Fayemi would rub minds with stakeholders on how best to confront the challenges militating against the people.