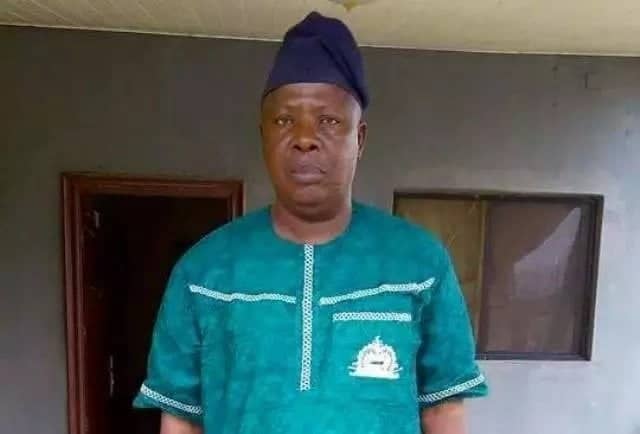 A chieftain of the Peoples Democratic Party in Osun State, Mr Fatai Oyedele, popularly known as Diekola has collapsed in court.

Recall that Diekola, Segun Adekilekun and Sikiru Lawal were arrested by the police shortly before the state governorship rerun held on September 27.

After calling two of the accused person into the dock, Diekola who had a plaster on his hand slumped. The other suspects rushed to save him.

Diekola, who looks very sick was given a chair and the Magistrate, Mr. Olusegun Ayilara, ruled that he could not take the plea of a dying person.

He adjourned the case to November 23 for plea taking.