Protests by hundreds of Shiite Muslims who rallied and locked down the Federal Ministry of Justice to demand the release of their leader, Ibrahim El-Zakzaky has taken a new development.

The protest which happened last week Thursday, started from the federal secretariat and ended at the ministry in Abuja.

According to the group’s spokesperson, Abdullahi Muhammad, the action was taken since “our leader would not be released to us”.

Mr Muhammad said “today at a Kaduna High court, the ruling on the bail application of our leader was again adjourned to November 7.

“This is inhumane, the government keeps telling us they are protecting Zakzaky and keep coming up with excuses. We his followers are tired, and we want the minister of justice, Abubakar Malami, to do the needful by releasing our leader.”

Naija News recalls El-Zakzaky has remained in detention since he was arrested in December 2015, following a clampdown on his members by soldiers.

See Pictures Of Protesters Demonstration Below: 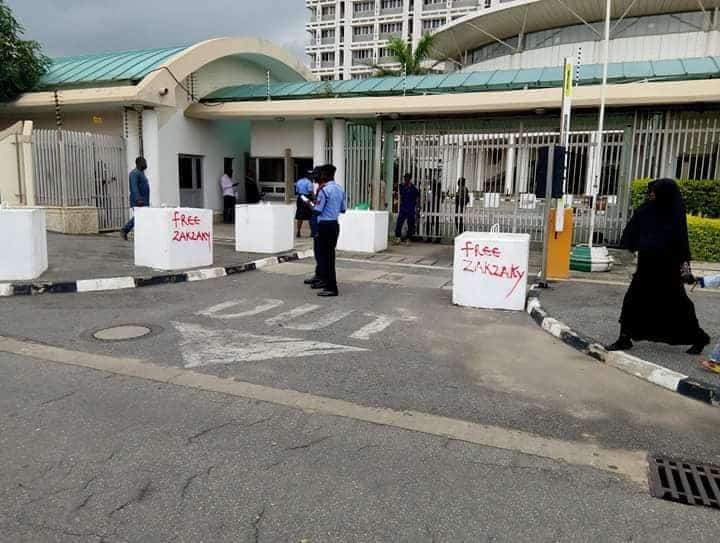 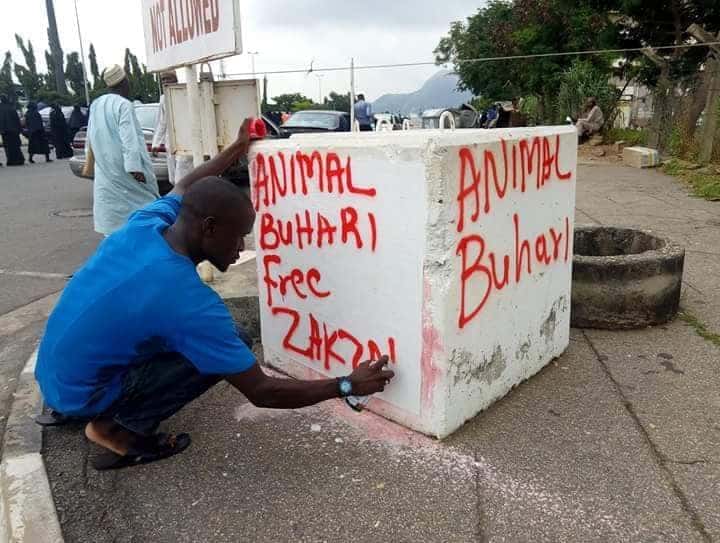