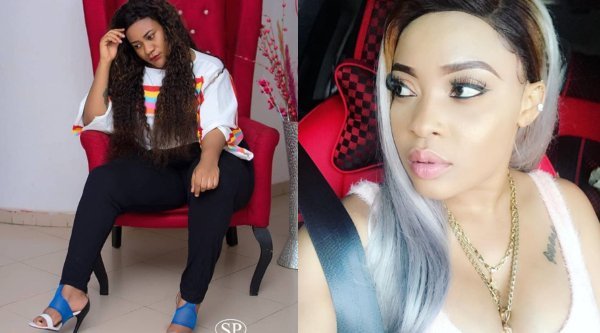 Nollywood actress, Nkechi Blessing Sunday, who was recently called out by a fellow actress, Temitope Solaja, for back stabbing and gossiping about her colleagues has finally reacted to the claims against her.

Blessing had earlier been called out by Solaja over what she said about her, Mercy Aigbe, Bobrisky and Bimbo Ogunnowo.

Nkechi Blessing, while reacting to allegation, claimed that Solaja begged to make headlines so badly which was why she wanted a rift created.

She further revealed that she has gone through many secret wars in the industry and will let this slide.