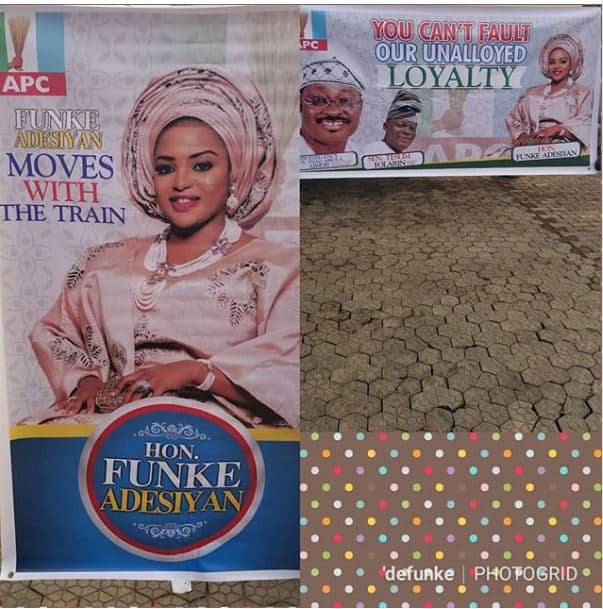 Nigerian actress, Funke Adesiyan, has reacted to the alleged claim that APC took her mandate from her, she also spoke on her ordeal in the primaries.

According to the actress, who got 207 votes to defeat her rival, who had 32 votes, the party has meted out injustice to those who bought forms and contested for the party’s primaries.

Funke who was contesting for the House of Assembly ticket for Ibadan South East State Constituency 2 under the APC, wrote;

We have come to the end of a long journey. A very rigorous and eventful one. The people of Ibadan South East 2 have spoken. They spoke loudly and clearly.
The journey of the last one year has been halted, and I thank you all for standing by me. For believing in my vision and for throwing your weight behind me in critical moments. I will never take this significant support for granted.

The primary election has come and gone and I have been made to believe and accept the outcome in good fate.

While I am not quite happy that my hard-earned mandate was taken from me, as this stands against the principle with which I stand for, I can’t go against the wish of our great party, All Progressives Congress (APC). “I can’t understand why people, who bought forms sold at exorbitant prices, went for primaries and emerged winners only to be told that their names had been swapped for other anointed candidates”. One may be tempted to ask why we had primaries in the first place if the party’s hidden agenda was to impose candidates?

This is one old injustice that has continued to dwarf the progress and entrenchment of internal democracy, one that has denied many people the full blessings of fulfilling their ambition politically.
There is no better evidence of this than the brazen act of injustice that forced me to surrender my mandate.

I urge all my supporters not to be wary as this is a phase that will soon pass.
Today, I hold in my heart nothing but love for my people as I call on you all to not despair of our present difficulties but to believe, always, in the promise and greatness of our party (APC), Oyo State and Nigeria because nothing is inevitable here.

I implore you all to go all out and vote for the APC in the 2019 general election and ensure that we record a resounding victory.
Thank you and God bless Oyo state.