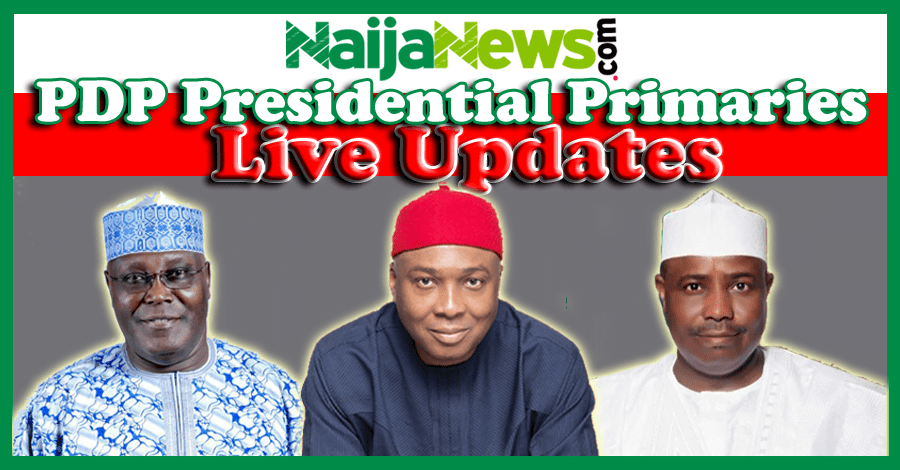 The  Peoples’ Democratic Party (PDP) has applauded the display of maturity, patriotism and sportsmanship by its Presidential aspirants during the just concluded presidential Primary in Rivers State.

The National Publicity Secretary of the party, Kola Ologbondiyan, on Monday, gave the commendation in a statement in Abuja.

He added that the party appreciated the prompt collapse of the campaign structures of other aspirants in the primary to ensure that a strong force is forge for PDP’s candidate, Atiku Abubakar, ahead of the elections.

“Their vigorous campaigns and consultations took the message of the rebranded PDP to the nooks and crannies of our nation.

“They not only rekindled the zeal on the democratic process, but also consolidated the confidence Nigerians have on the PDP as the vehicle to return our dear nation to the path of peace, national cohesion and economic prosperity.’’ he said.

He said that the party took note of spontaneous and widespread jubilation across Nigeria over PDP successful Presidential primary, leading to the emergence of Abubakar.

Ologbondiyan also appreciated the continued outpouring of solidarity, goodwill and prayers for the party and its Presidential candidate.

“The PDP appreciates the continued outpouring of solidarity, goodwill and prayers for the party and its Presidential candidate, particularly since Sunday’s presidential primary in Port Harcourt, Rivers state.

“In the last 24 hours, our great party and our Presidential candidate have been inundated with innumerable solidarity messages by millions of Nigerians from across all ages, gender, religious, sectional and even political divides.’’

“Today, the PDP, as a repositioned party, has reclaimed its place as the party with highest demography of genuine followership across the length and breadth of our country.

” We are now, more than ever before, poised for an inevitable victory in the 2019 general elections.’’