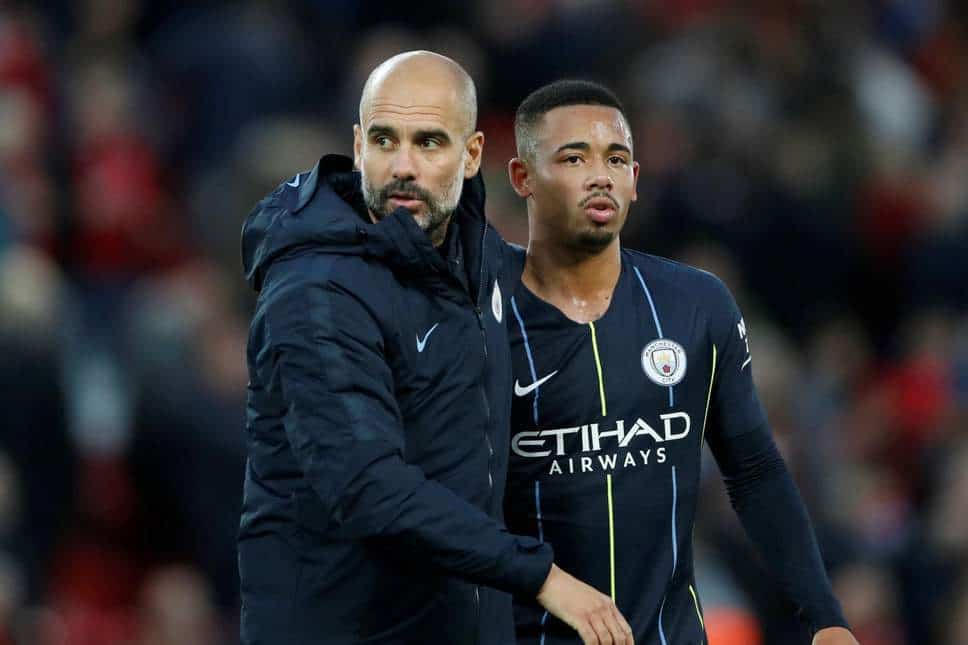 Manchester City, Player, Gabriel Jesus, has revealed that he is not happy after he was stopped from taking his team’s penalty against Liverpool on Sunday.

Virgil van Dijk, had fouled Leroy Sane, at the 85th minute to give City the chance to win the game’s three points, but Mahrez hit the ball over the bar.

The game ended goalless, with both sides sharing the points and Jesus said after the result he was disappointed when he was denied the penalty kick.

“Obviously I’m not happy,” Metro UK quoted him as saying.

“As with Riyad, I’ve been practising. I would like to have taken it. I was confident, so I was not happy that they did not allow me.

“However, it was important that we didn’t lose. Pep spoke with me.

“This is part of football, sometimes these things happen. I will support Riyad if the manager chooses him again.”

The goalless draw at Anfield leaves City and Liverpool level at the top of the Premier League table, with Chelsea also on 20 points.