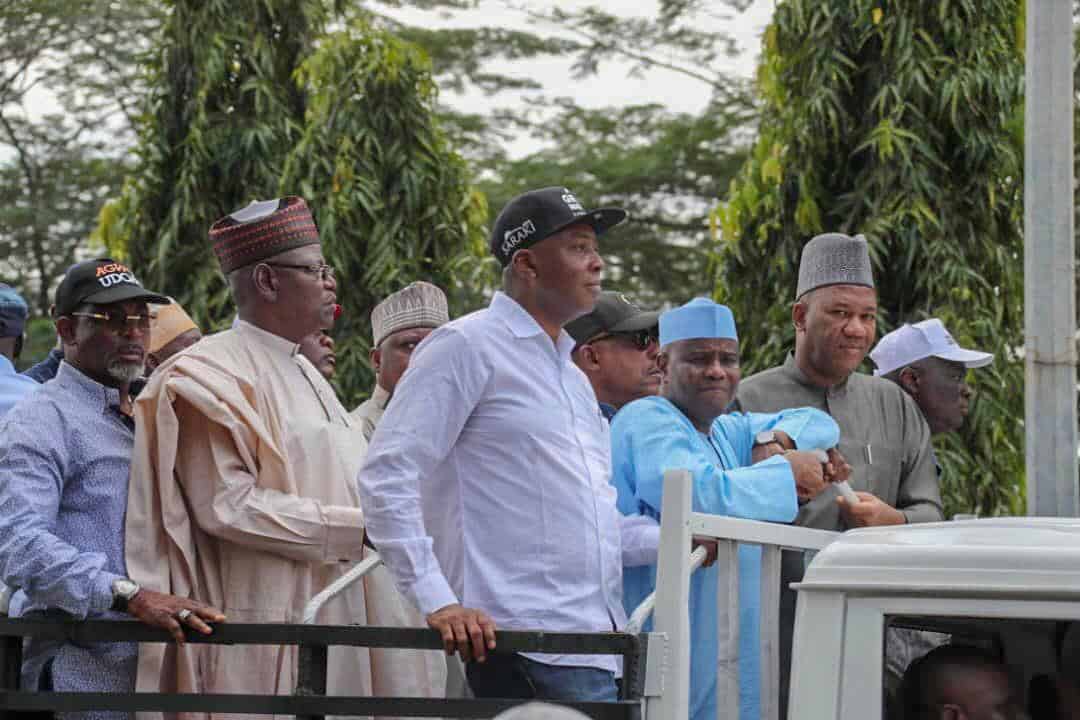 Saraki, Melaye, Bruce To Report At Police Headquarters By Monday

The invitation came a few hours after Saraki led notable national leaders of the Peoples Democratic Party in a protest to the headquarters of the Independent National Electoral Commission on Friday, calling on the commission to declare Ademola Adeleke winner of the Osun State governorship election.

They also protested at the police headquarters, Abuja

Spokesman of the force, Jimoh Moshood, in a statement said the Inspector-General of Police, Ibrahim Idris, had directed an investigation into the “unprovoked and unwarranted attack on the personnel of the Nigeria Police Force.”

It said that the lawmakers led miscreants to assault policemen and damage properties, asking the senators to report to the IGP Monitoring Unit at the Force Headquarters on Monday for investigation.

According to the police, Saraki, Melaye and Bruce were captured on camera causing public disturbance and obstructing traffic on Shehu Shagari Way, Abuja, for hours.

“They were also involved in a violent attack on policemen at the Force Headquarters, pushing and hitting them in an attempt to forcefully enter the Force headquarters to cause damage to equipment and government properties.

“They are hereby invited to report themselves to the IGP Monitoring Unit at the Force Headquarters on Monday, 8th October, 2018 for investigation.”