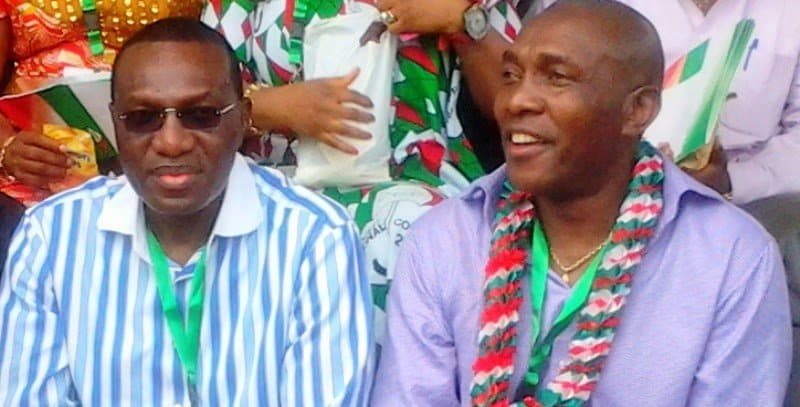 Peoples Democratic Party (PDP) senatorial candidate for Anambra South, Chief Chris Uba on Friday said he was contesting the senatorial seat against his elder brother, Andy Uba, of the All Progressives Congress, because he would not want him (Andy) to overstay his relevance at the National Assembly.

While speaking to journalist in Anambra state capital, Chief Chris Uba wondered why his brother was vying for the same seat for the third time, instead of advancing politically.

He said, “My brother has been there for eight years and must take a bow now.

“I pray for my brother to go higher; he can become a governor or vice president but not a senator again.

“It is now my turn. I want him to throw in the towel because the fight is going to be very serious.”

Uba who said he had played the role of political godfather for over two decades in Anambra and beyond, said he had decided to be a contestant in the present dispensation to correct some anomalies in the system.

READ ALSO  INEC Reveals What Will Happen To Electoral Offenders

The PDP aspirant who stressed that power must belong to the people and not to a few privileged politicians, while also decrying the way the electorate are being treated by those they give their mandate.

He added, “I want to run because we have been sponsoring politicians in Anambra State and across Nigeria. I have been doing that and a lot of people have passed through my school.

“But they call us godfathers, we have made case several times for the party to make some provisions in the party’s constitution to protect godfathers, but no way, no provision.

“The truth remains that godfathers are closer to the grassroots. A lot of people depend on us, a lot of families depend on us and many families today are hungry.

“But after sponsoring politicians, immediately they get to Abuja, you can’t get them on the telephone again, nobody will see them again, they buy all choice cars and the next thing they will blackmail you.

“Little thing, they will start fighting you, they will say they’ve known the President, they’ve known the party chairman and as a godfather, you are in trouble. So, now we need to occupy offices to protect our position and the positions of our people. That is why I am running for the senate.”