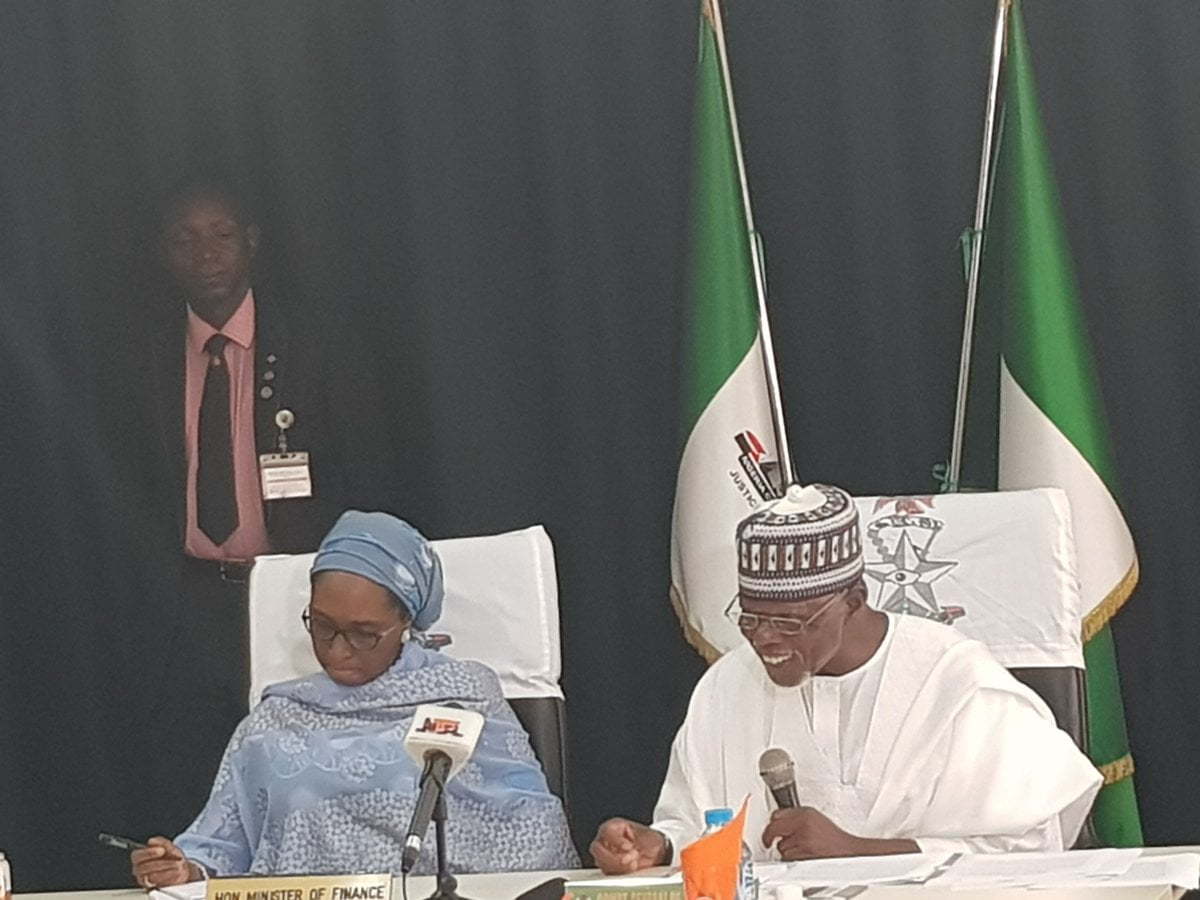 Naija News Learnt that Ahmed, during a visit to the Nigeria Customs Service (NCS) Headquarters y in Abuja, stressed the importance of improving revenue generation to enable Nigeria to achieve its economic objectives.

“People have raised concerns about our debt profile, but we do not have a debt problem.“Our debt ratio to GDP is still below, three per cent, which is the threshold set by the Fiscal Reasonability Act.“What we have is a revenue problem. We don’t have revenue to pay salaries and to meet the recurrent as well as the capital expenditure,” she said.

Ahmed said the functions of the NCS in regard to revenue generation were germane to the success of the Muhammadu Buhari’s administration. According to the minister, it is for this reason that the NCS is constantly being pushed to improve revenue collections.

She said however that government had decided to hold on to the idea until the economic condition in the country improved.

Ahmed told the Comptroller General of Customs, Col. Hameed Ali (retired), and his team, that government would look into the salary structure of the service as a way of sensitising the officers.

The comptroller general of customs who also  highlighted some of the reforms he had undertaken in the service to improve revenue generation. Ali  also said the NCS had invested in training schools to improve the capacity of its officers because human development was vital.

He said the service had deployed the use of technology in blocking avenues of revenue leakages.

On the challenges of the service, Ali said its poor salary structure was a huge disadvantage when compared to other revenue generation agencies like the Federal Inland Revenue Services (FIRS) and the NNPC.

“An officer in FIRS earns at least three times what a customs officer earns and for NNPC, you can all imagine how much they earn.

“We have lost 36 officers fighting smugglers this year. The work of the NCS is very intense, yet we don’t get enough compensation,” he said.

Ali also appealed to the minister of finance, who is also the Chairman of the NCS Board, to approve the procurement of three scanners to be deployed to the major ports in the country.The comptroller general said this would ensure proper screening of goods coming into the country.