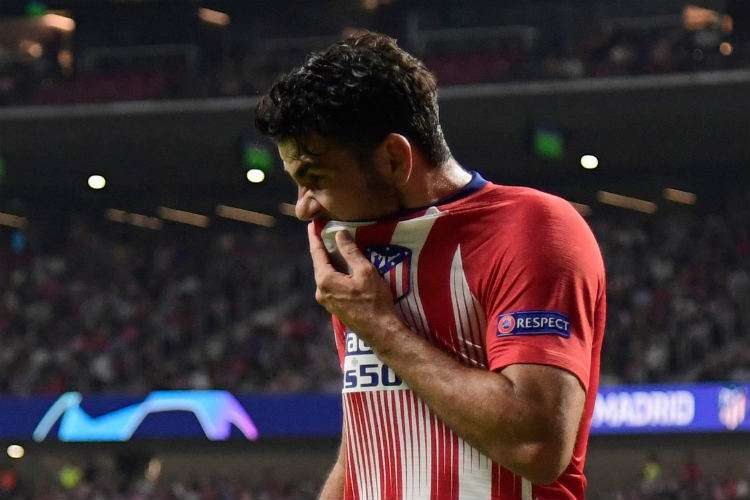 Atletico Madrid confirmed on Friday that striker Diego Costa suffered a muscle injury in his left thigh. The player left the pitch feeling the problem in Wednesday’s victory over Brugge by the Champions League, and after performing tests, had the contusion diagnosed.

The club did not specify the severity of the injury nor the expected time of removal. According to the Spanish press, however, the trend is for Diego Costa to stay at least three weeks off the pitch. The truth is that the striker will not play against Betis this Sunday, at home, by the Spanish Championship.

Diego Costa was usually in the 3-1 win over Brugge when Griezmann’s assisting Griezmann scored the second goal, complained of thigh pain and was immediately replaced.

The injury probably cost the player a trip to the Spanish team. Coach Luis Enrique did not want to specify the reason, but left the player out of the call for the friendly against Wales and England for the UEFA League of Nations later this month.