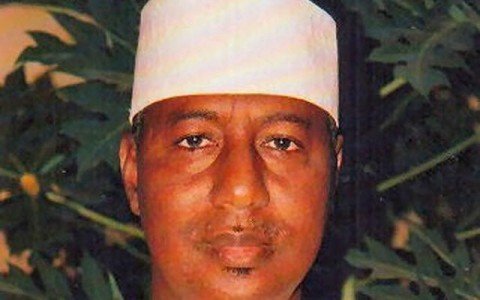 The immediate past governor of Kebbi State, Saidu Dakingari, was arrested yesterday by the Independent Corrupt Practices and Other Related Offences Commission, ICPC, over alleged misapplication of about N1.09 billion belonging to the state.

Also, a former Commissioner of Finance in the state, Mohammed Tunga, who was meant to be arraigned with him, died recently.

The former governor was arraigned before Ismail Bashir, a judge of the Kebbi State High Court 2, in Birnin Kebbi, on a six-count charge of criminal conspiracy, theft, conferring corrupt advantage on political cronies and using position for gratification.

He was said to have partnered with the now deceased former commissioner and Secretary to the State Government, SSG, Garba Kamba, to defraud the state of about N349.5 million.

In the suit, Charge No: KB/HC/27C/2017, ICPC’s counsel, Elijah Akaakohol, averred that the defendant’s actions contravened laws and punishable under sections 19 and 26 (1) (c) of the Corrupt Practices and Other Related Offences Act, 2000.

If found guilty, they stand the risk of spending a term of five years imprisonment without an option of fine, according to the ICPC.

Dakingari however, pleaded not guilty to all the charges levelled against him.

Counsel to the accused person, Adegboyega Awomolo, SAN, through a written application, sought the relief of the court to grant his client bail.

The bail was granted in the sum of N10 million and one surety in like sum who must be resident and possess property worth N10million within the jurisdiction of the court.

Spokesperson of ICPC, Rasheedat Okoduwa, said in a statement that the case had been adjourned to December 4 and 5 for the commencement of trial.