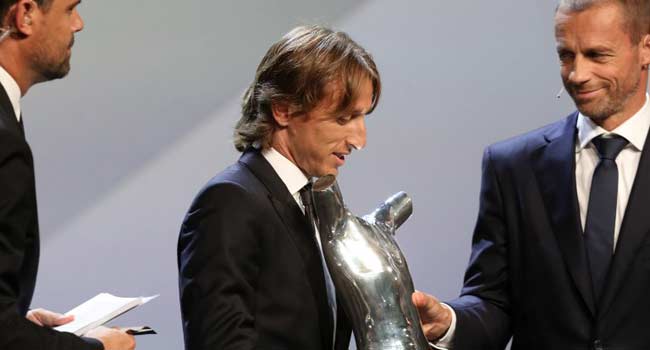 2018 FIFA Best Player, Luka Modric, has claimed that his team is not in crisis, following their shocking 1-0 loss to CSKA Moscow in Champions League.

Madrid conceded an early goal from Nikola Vlasic on Tuesday, as the defending champions extend their defeat to two matches.

They also failed to score for the third successive match in all competitions for the first time since January 2007.

Pressure is mounting on head coach Julen Lopetegui but Modric, who started off the bench on Tuesday, is adamant Madrid will wake up from their sleep.

“It’s not a crisis but we haven’t been performing the way we should.

“No doubt, we’ll get back to winning ways.

“As for tonight, CSKA showed they are very well organised and have really good players.

“They used their chance, we didn’t use ours,” Modric told reporters.