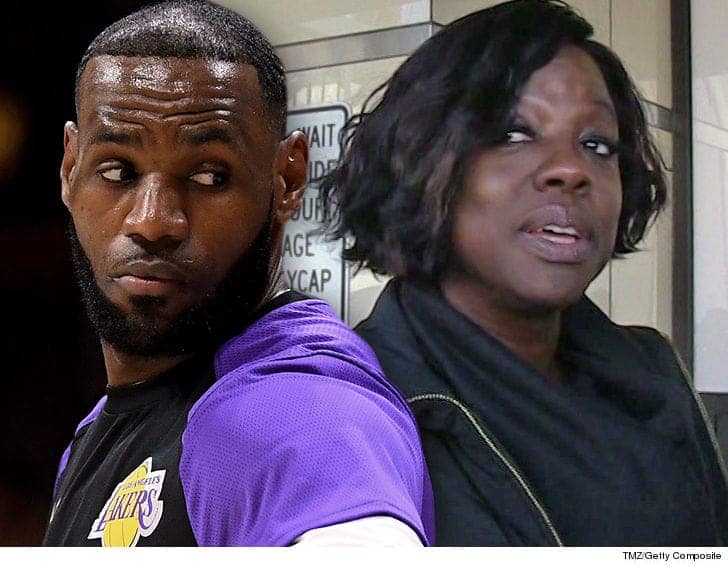 The LAPD has revealed that the suspects who have been robbing the homes of celebrities in L.A had a list of more stars they were targeting including LeBron James, Viola Davis and Matt Damon.

LAPD further revealed that the suspects had already acquire the addresses of their famous targets.

The suspects who allegedly hit the homes of Yasiel Puig, Rihanna, Christina Milian and L.A. Rams star Robert Woods have been reported arrested by cops. Officials has revealed that they have arrested three more suspects.

Among the suspects arrested, two of them are 19 year old, an 18 year old man and the other one is a 34 year old woman.

The female suspect is the MOTHER of one of the teenage men, according to LAPD Capt. Lillian Carranza.

The cops believe that there are more people involved in the burglaries and investigators are currently working on hunting down others involve.

In total, the cops claim that the burglary crew has already hit more than 24 homes with at least 12 more rich and famous targets on their list.

Cops say Robert Woods neighbour made the initial call to report the robbery at his house and when they found the first suspect, items linked to the cases were seen.

In total, cops say the group stole more than $1 MILLION in property, including $50,000 cash, watches, purses and a vehicle. Cops say one of the suspects also had a firearm.

Cops are asking the public to help strengthen their case against the suspects by identifying the stolen objects and giving information about the suspects and other possible crimes.