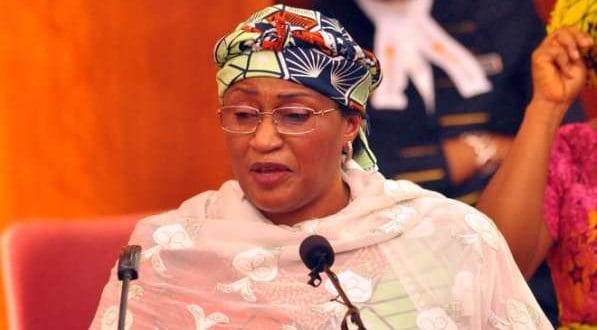 Senator Aisha Alhassan, the Minister of Women Affairs, also known as Mama Taraba, has resigned her membership of the ruling All Progressives Congress.

Report has it that the Minister has resigned from her position in the Buhari’s administration.

In her letter to President Muhammadu Buhari dated Saturday, 29, September, 2018, she appreciated the President for the opportunity to serve.

The Senator, recalled how she was screened and cleared for the position and how she also notified the President of her interest to contest for governorship seat in Taraba State.

Alhassan revealed that all through the process of collecting form and mobilisation for the Presidential and Gubernatorial primaries, she kept President Buhari informed.

She claimed that she was disqualified by the party from contesting the governorship seat and more troubled when no reason was revealed.

According to her, she stated that it won’t be right to remain as a Minister in the government when the party that make up the government, does not find her qualified to be a governor.

READ ALSO  Defections: I Will Rather Be An Attack Dog Than A Mushroom Eater!-Oshiomhole

See her letter below: 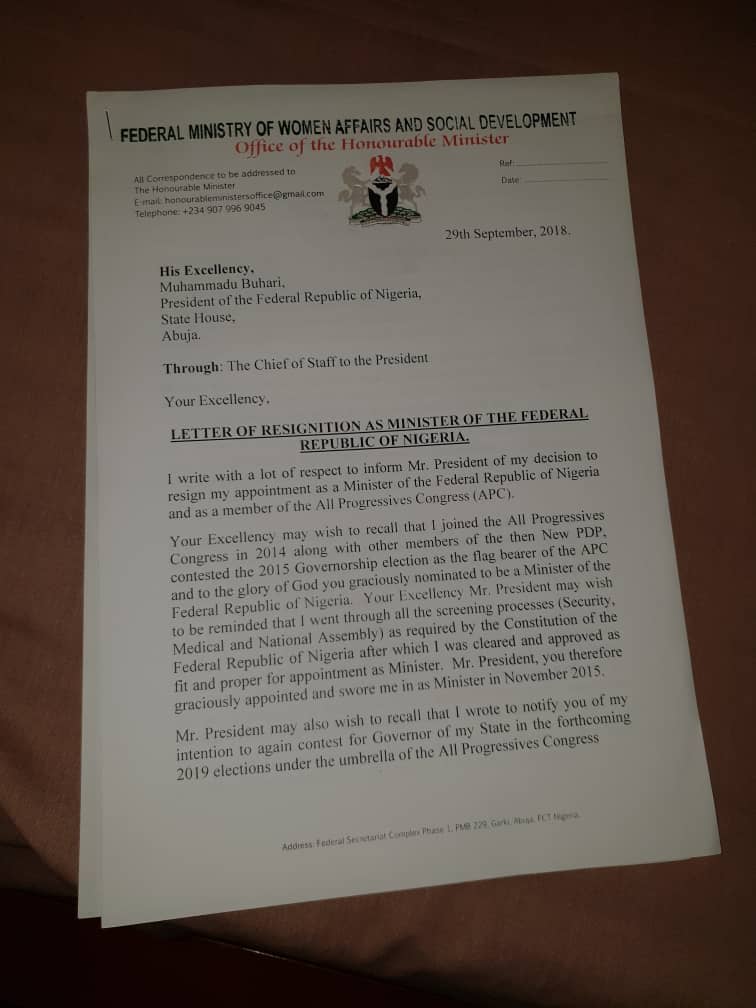 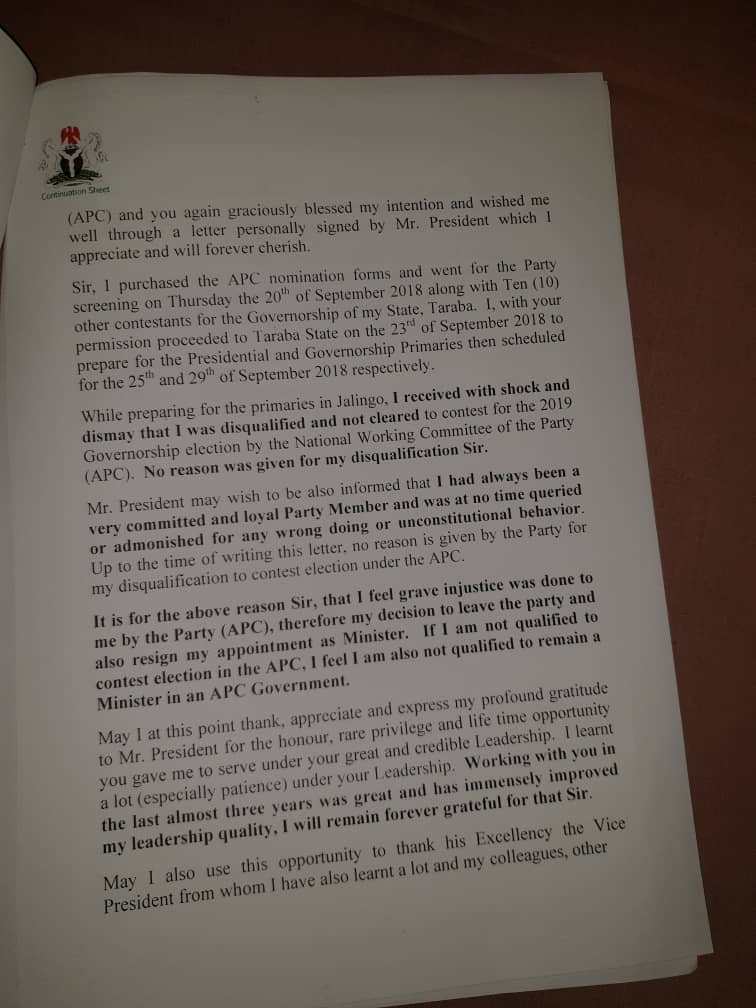 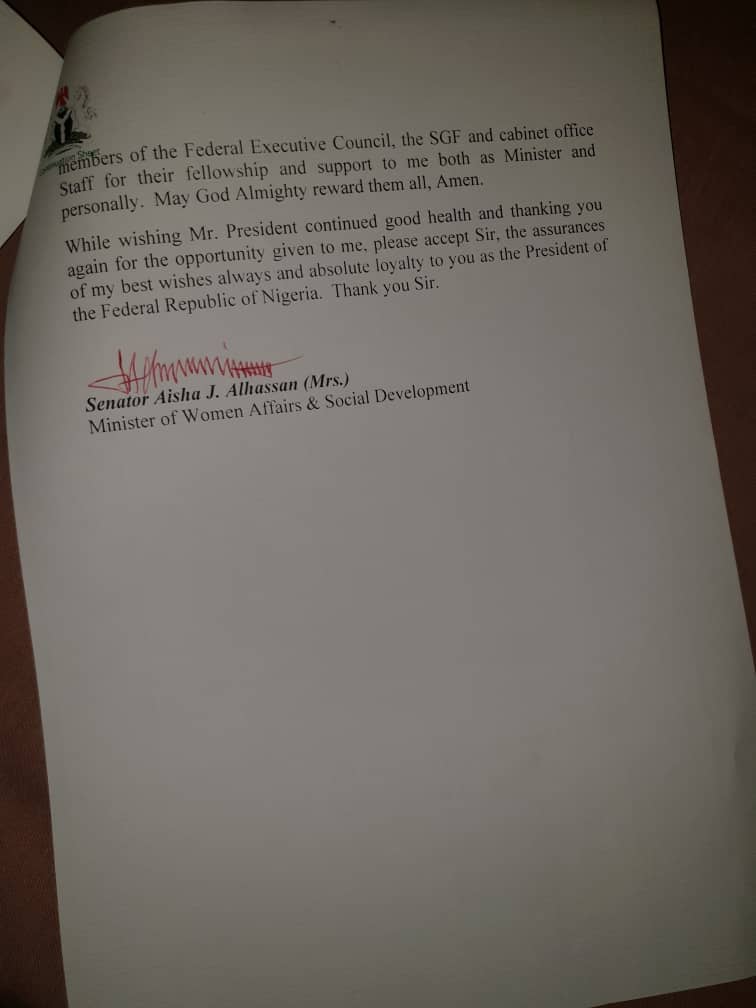 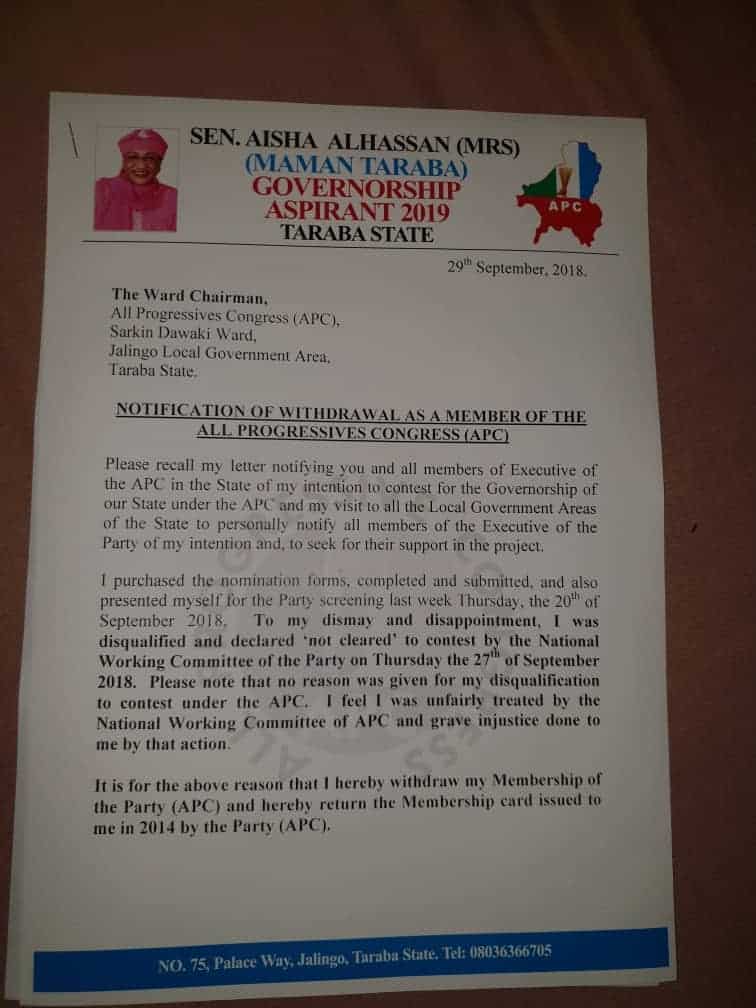 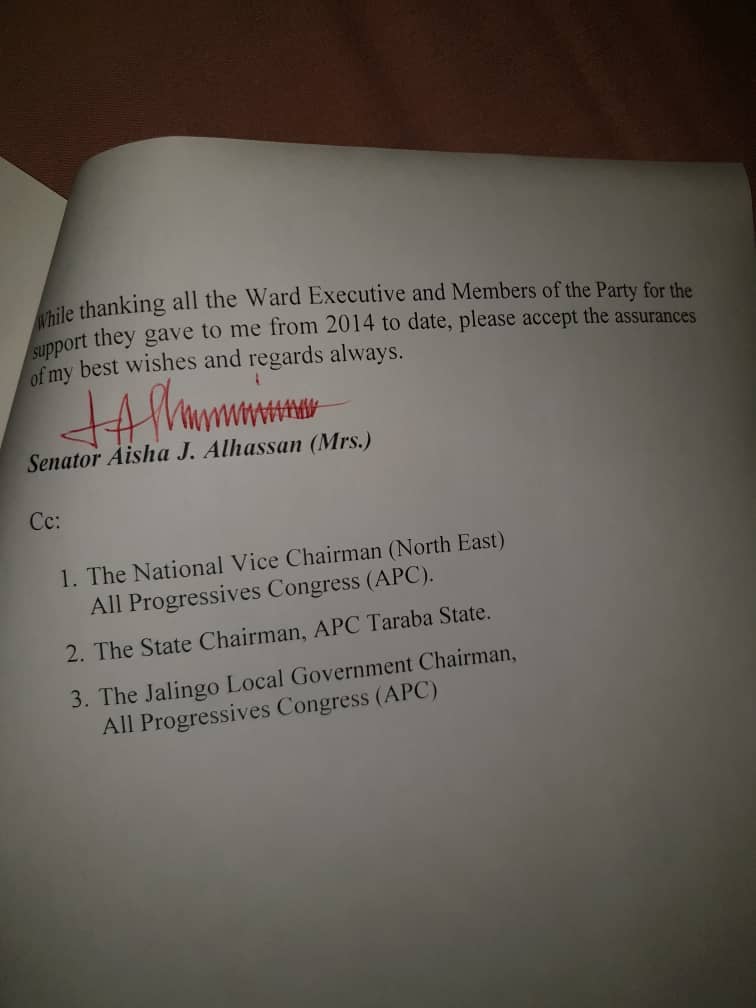