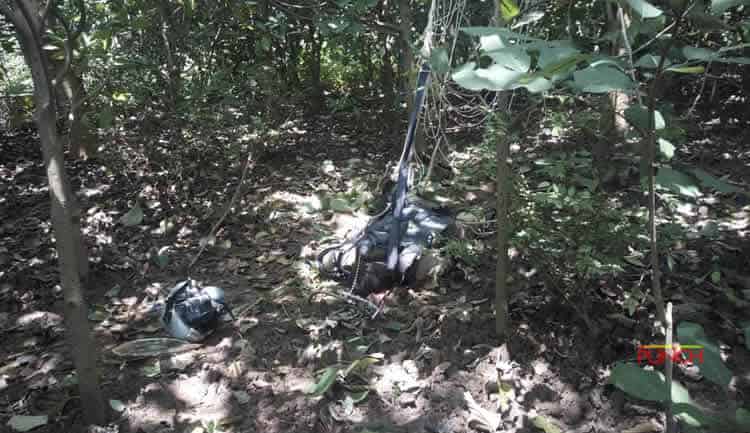 More reports have trickled in as regards the two fighter jets that collided in Abuja on Friday.

The Nigeria Air Force revealed that one of the two pilot that ejected from the aircraft has died.

The pilot flew the F-7Ni aircraft that crashed in Katampe area in Abuja.

This is according to a statement made available to newsmen by NAF Director of Public Relations and Information, Air Commodore Ibikunle Daramola, in Abuja, on Friday.

” It is with a heavy heart that I regretfully announce that one of the pilots who successfully ejected from one of the F-7Ni aircraft that crashed earlier today has passed on.

” May his soul rest in peace. Additional details on the incident will be communicated,” Daramola said.

Naija News had earlier reported that two NAF aircraft had crashed in the FCT when they were performing rehearsal for Nigeria’s 58th Independence Anniversary in the territory on Friday morning.

The two pilots were said to have ejected from the aircraft.

According to NAN, the Nigeria Air Force, had, on the 17th of September told Abuja residents that it was carrying out aerial display as part of activities to mark Nigeria’s 58th Anniversary in Abuja.

” Consequently, there will be movement of NAF aircraft within the Federal Capital Territory (FCT) from now till Oct.2 , as NAF pilots commence rehearsals for the occasion,”

” The NAF, therefore, wishes to advise members of the public not to panic but to go about their normal businesses,” Daramola said.