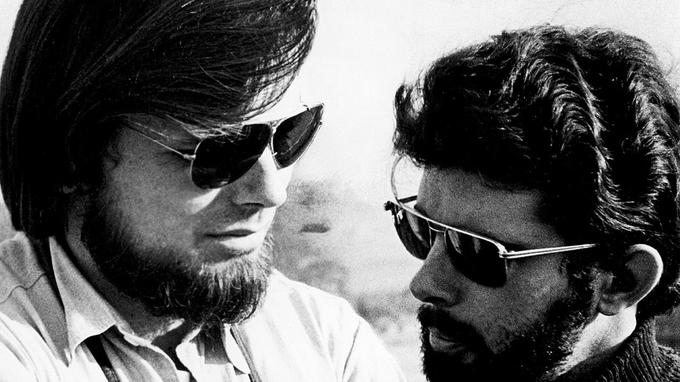 Producer Died Of Cancer At 78

The producer of the first two Star Wars films died on Sunday in Britain of cancer at the age of 78, announced his family and loved ones.

Without him, the famous intergalactic sage might not have emerged. Gary Kurtz, the producer of the first two Star Wars , died Sunday at the age of 78, a victim of cancer. “The whole Star Wars family is affected by Gary’s death,” George Lucas, the father of the universe, said in a statement. “His contribution as a producer made it possible to bring these stories to life on the big screen, despite filming conditions that were sometimes difficult and trying. My thoughts are with his family, “added the director.

“I lost the friend of a lifetime. The world has lost an artist and director of talent, good and wise, who has contributed much to the cinema. It was an honor to work with him, “tweeted actor Mark Hamill, the famous Luke Skywalker.

I've lost a lifelong friend. The world has lost a kind, wise, multi-talented artist & filmmaker whose contributions to cinema cannot be overstated. It was an honor to have worked with him & I know I am better man just for having known him.#RIPGaryKurtz pic.twitter.com/1tNRAgCGbq

“Without him, there would not have been the Force. Your memory will live through the incredible movies you’ve made that have touched millions of people, “said actor Peter Mayhew , who was hiding under the furry costume of Chewbacca for the first trilogy.

RIP Gary Kurtz. A great filmmaker and man has just passed. Without him there would have been no "force". You will be remembered in the incredible films you made that touched the lives of millions. #ESB #starwars #americangraffiti @starwars pic.twitter.com/0D9RyP3DJH

Gary Kurtz had studied religions and wanted to develop this aspect in “Star Wars”, according to specialists in this universe who believe that he has contributed a lot to developing the concept of “Force”, this energy field connecting all living beings, underlying all the plot of the series.

Kurtz had met George Lucas at the University of Southern California Film School where they were both students, and had produced the director’s first hit, American Graffiti (1973).

He had continued to support him against all odds and studio skepticism to bring out Star Wars (1977) and his sequel, The Empire Strikes Back (1980).

But the two men then took separate paths, because of sharp disagreements about the turn of the third installment, The Return of the Jedi , Gary Kurtz deeming too commercial.

Kurtz, however, had continued his career as a producer, adding to his record of films like Dark Crystal or the unofficial suite of the Wizard of Oz .

Kurtz had also been known as a conscientious objector during the Vietnam War: called to the flag, he had proposed to the army to swap his weapon against a camera. The Marines had accepted and he had filmed the conflict for two years, his gun case stubbornly empty.