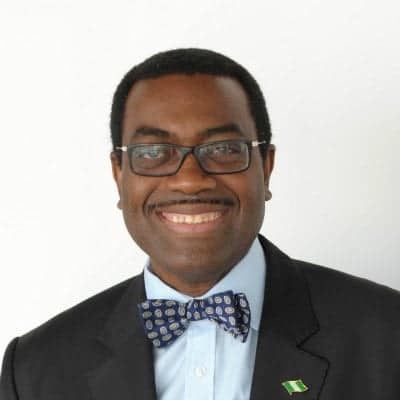 The African Development Bank (AfDB) will be investing $24 billion in the African agriculture over the next 10 years to lift one billion people out of hunger globally.

Dr Akinwumi Adesina, AfDB President, who disclosed this on Wednesday at an agriculture conference at Purdue University, Indianapolis, challenged global partners to join hands to lift one billion people worldwide out of hunger.

The report, which was released to the News Agency of Nigeria (NAN) in Abuja, described the fund as the largest of such effort ever.

The bank’s president stressed that all must come together to fight the war.
He noted that the recent five UN agencies’ World Food Security and Nutrition statistics showed a decline in the global population living on less than two dollars per day.

The bank leader warned the stakeholders not to get carried away because they were not winning the war against global hunger.

He told the audience including researchers, implementing organisations, business leaders, policymakers and donors that simple technical and scientific methods were already making a difference in farm yields and income in Africa.

“While such technologies to deliver Africa’s green revolution exist, they are mostly just sitting on the shelves.
“The release of water efficient maize varieties now allows farmers to harvest good yields in the face of moderate drought.

Adesina said what was needed urgently was deployment of supportive policies to ensure technologies were cascaded down to millions of farmers.

“All Africa needs to do is to harness the available technologies with the right policies and rapidly raise agricultural productivity and incomes for farmers and assure lower food prices for consumers.

He said that the bank had launched its $1 billion initiative for Technologies for African Agricultural Transformation (TAAT), to extend the use of farm technologies.

Adesina said that TAAT was currently engaging seed companies, public and private entities, and financial institutions in 27 countries to make technology available to a total of 40 million African farmers.
He said that the situation in sub-Saharan Africa particularly needed urgent intervention due to the ravages of climate change.

According to him, a recent report by the International Food Policy Research Institute estimated that Africa would add 38 million to its number of hungry people by 2050 as a result of climate change.

“The institute also forecast that Africa will experience major food shortages by 2020 and beyond, while malnutrition will be on the rise over the next 20 years.