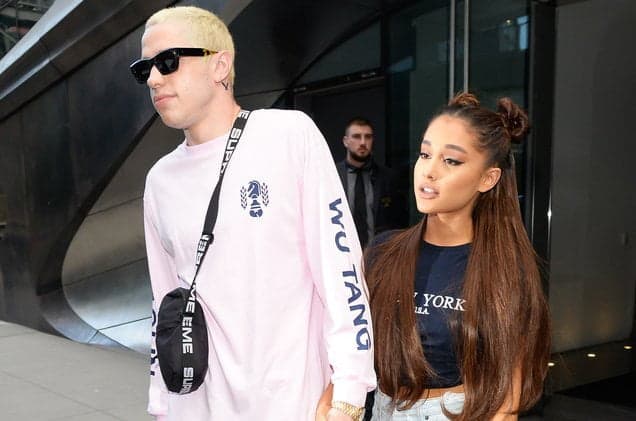 Pete Davidson has revealed some troubles he has faced since he made public his relationship with Ariana Grande.

The issue is coming barely three months after the lovers confirmed their engagement.

The comedian revealed this during an interview on “The Howard Stern Show” Monday, where he spoke about why he quit using his social media platforms.

And about their love affair, Davidson said, “It’s, like, the weirdest, coolest thing that’s ever happened.”

He further spoke about his borderline personality disorder as “everything feeling so extreme,” adding that he was concerned about his mood swings affecting his significant other until the “No Tears Left To Cry” singer came along.

“I was (afraid) until I met her,” he continued. “I just think we are supposed to be together. Before we started dating, I went through a list of really hot guys on the internet and I was like, ‘Are you sure?’ I was like ‘Here is all of One Direction. Are you sure?’ I scrolled through everybody.”