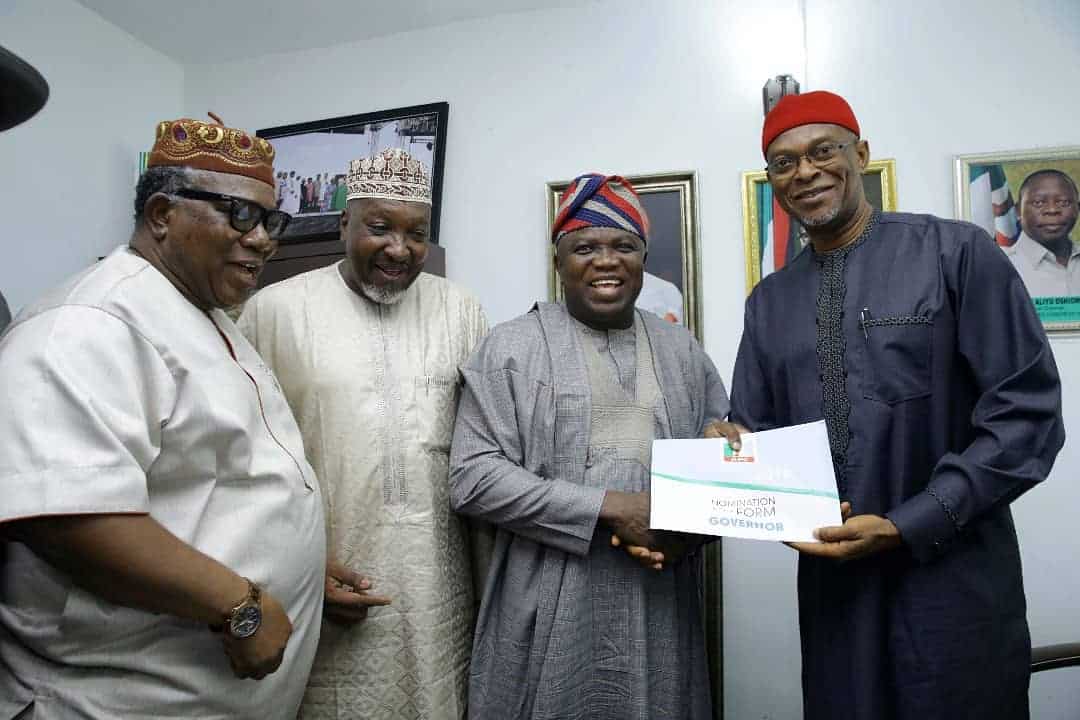 Gov. Akinwunmi Ambode of Lagos State is not alone in his political travails, as the Yoruba group, Yoruba Ronu Leadership Forum has declared it support for his second term ambition.

Akin Malaolu, the Secretary General, in a statement issued in Abuja on Monday expressed dismay over what he referred to as a gang up, being organised by some political leaders to hamper the second term ambition of Gov. Ambode.

” We are alarmed by the gang up being organised by some political leaders over the second term ambition of Governor Akinwunmi Ambode.

” It is important to educate the political leaders that the victory of APC and Ambode at the polls in 2015 elections was due to many factors.

” One of which was the role played by Yoruba Ronu leadership Forum that worked underground to ensure his victory due to the altercations between the Oba of Lagos and the Igbo community in Lagos over the lagoon saga that turned political and we are prepared to work for him regardless of his minor shortcomings.

” We are, therefore, warning that the threats to deny Ambode his deserved second term and fair performance so far, may snowball into massive protest votes if care is not taken.

” We are putting leaders of APC, including its so-called Mandate and Justice groups on notice, that the general people and voters in Lagos and the South-West are not in companionship with your lots over attempts at denying Gov.Akinwunmi Ambode his second term in office.

“And we beseech all to sheath their swords for better political negotiations to reduce the political tension that has enveloped the people of Lagos State and the South-West in general.

” We have no intention of addressing anyone on this subject again as our position is final and can’t be changed to another alternative.