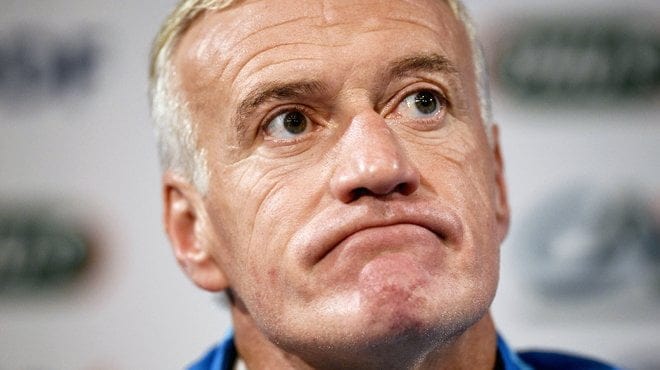 France manager Didier Deschamps has described the outburst of his France compatriot, Paul Pogba has been the result of the media’d harsh criticism of the Manchester United midfielder.

Deschamps, who believes that the midfielder has now learnt to cope with the pressures from the press, stated that Pogba was been misconstrued by the Press.

Apart from the obvious rift between Pogba and manager Jose Mourinho last season, the press has continued to criticism the Frenchman for exerting undue influence on the United team.

“I have spoken to him about his relationship with the media and I think he is been unfairly criticised in the past.

“That is why there has been this aggressive vibe and he had this strained relationship,” Deschamps told the British media.

“But criticism is part of the job and I think you learn to take that on board as you get more experienced.

“That is what happened with him and I think he has gained some respect.”

Deschamps said the outside world had an incorrect perception of United’s record signing.

“The rest of the world, and certainly in France, has an image of Pogba that doesn’t really reflect who he is.

“There’s this idea that he’s a bit individualistic, that’s not the case,”

“He joined us ready to become a world champion and he took the whole squad with him.”

Naija News understands that Paul Pogba has been in the black books of the media after the dismal performance of Manchester United in their Saturday’s 1-1 encounter against promoted Wolverhampton Wanderers.

“We are at home and we should play much better against Wolves. We are here to attack,” Pogba said.

“When we play like that, it’s easier for us. I think teams are scared when they see united attacking. That was our mistake.

“Maybe the attitude should be better and we should play better because, again, we are at Old Trafford.

“We should just attack and press like we did against Tottenham, Liverpool, Chelsea and Arsenal last season.”

United host Derby County in the League Cup third round on Tuesday before travelling to West Ham United in the Premier League on Saturday.