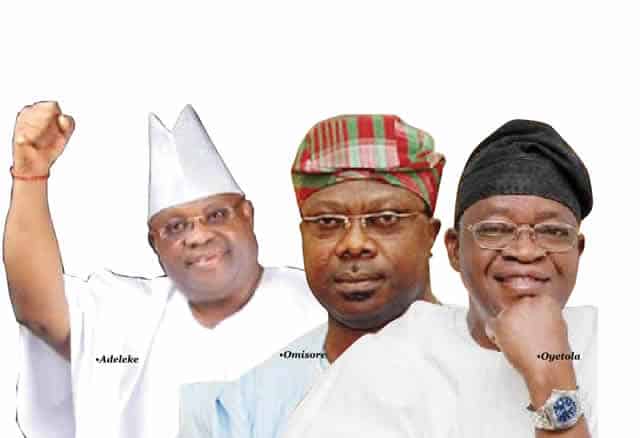 Ahead of Saturday Governorship election in Osun State, a coalition of civil rights organisations under the aegis of Transition Monitoring Group, yesterday revealed some ongoing plans by politicians to disrupt the electoral process.

The organisation also said it would be deploying 300 citizen observers in the 30 Local Government Areas in the state.

Besides plans to unleash violence, the coalition said its independent investigations had revealed that politicians had embarked on the distribution of money, food items and gifts in 12 Local Government Areas of the state, with the aim of inducing the indigenes to vote in their favour.

In a statement entitled: “The ugly trend of voters inducement/vote-buying in Osun is inimical to the credibility of the electoral process.” the Chairperson of TMG, Dr Abiola Akiyode-Afolabi said “As part of its commitment to promoting free, fair as well as effective and accountable management of the election, TMG will observe the 2018 Osun State governorship election. TMG in collaboration with its members will deploy 300 citizen observers across the 30 LGAs in the state to observe the election day processes and conduct of the security and other stakeholders during the election,” she stated.

While the group called on security agencies and election monitoring groups to work towards stopping the processes of voters’ inducement in the state, she advised that there should be adequate deployment of security personnel to maintain law and order at polling units, just as there would be arrests and prosecution of perpetrators of electoral offences.

Akiyode-Afolabi noted that citizens’ votes were valuable assets that must be guarded jealously, adding that vote-buying was an electoral offence which undermined the legitimacy of elections and weakens representative democracy.

“TMG has also received reports of violence or threats of violence as political parties go out for campaigns. We, therefore, call on candidates and their supporters to remain civil in their campaigns. The indigenes of Osun State should refuse to be used as instruments for violence even as we urge citizens to get involved in the electoral process peacefully.

“Accusation and counter-accusations of vandalisation of billboards by political parties are so unfortunate and should be discouraged. This is indeed an early warning signal that security agencies should investigate to ensure a peaceful election on September 22.

“As the election approaches, there is the need to improve on this especially to ensure citizens collect their PVCs and come out to vote on election day. TMG enjoins the police, Department of State Services, Nigerian Security and Civil Defence Corps and other major election monitors to subdue the issue of voter inducement across the state ahead of the elections.

The group also called on citizens to come out en-mass to vote and say no to vote buying noting that ‘any politician that gives citizens money for their votes does not have good plans for them.