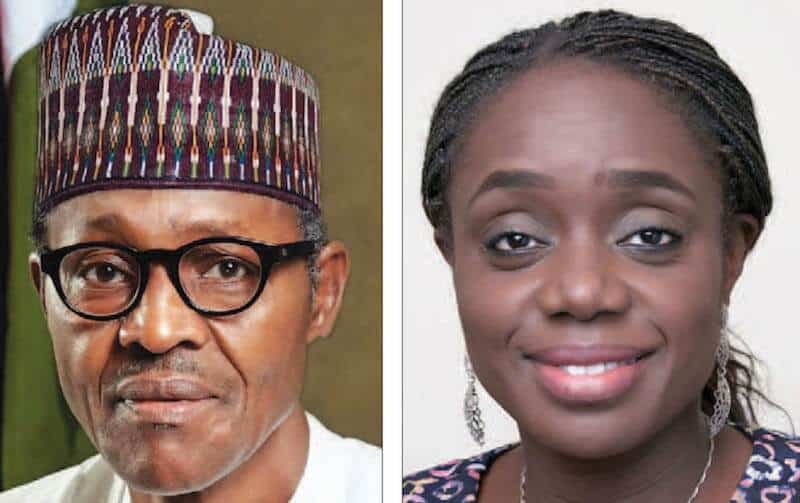 Matters Arising On Who Replaces Adeosun In FEC

The race for the immediate past Minister of Finance, Kemi Adeosun’s replacement may have begun in Ogun State.

Adeosun’s resignation has created a concern on who will represent Ogun state in Federal Executive Council (FEC) as each state of the federation has a statutory representative in the FEC.

Naija News learnt that the former Lagos Commissioner for Finance, Wale Edun and the Chairman of Nigerian Deposit Insurance Corporation (NDIC), Bode Mustapha who were top contenders for the ministerial appointment in 2015 may succeed Adeosun who got the job, with the backing of Governor Ibikunle Amosun.

It would also be recalled that the trio Edun, Mustapha and Adeosun were backed by different political forces during the battle for the ministerial job amidst high-wire permutations and powerplay.

Informed sources said Edun was supported by former Lagos Governor, Bola Tinubu, Mustapha was the candidate of Former President, Olusegun Obasanjo while Amosun influenced the choice of Adeosun, who had served in his cabinet as Commissioner for Finance in the first term.

As at the time Adeosun’s name was sent for the ministerial appointment, she had equally been re-nominated as commissioner for finance in the state.

Amosun settled for Adeosun, who is seen as a technocrat as against Edun and Mustapha who are politicians and would likely turn against him, an insider said.

Mustapha who was the Director General of Amosun Campaign Organisation in 2015, believed he ought to have been supported by Amosun, a development which made him fell apart with the governor.

However, Daily trust source said Edun or Mustapha may be considered as likely replacement for Adeosun, even though, he pointed out that Amosun, like in 2015, may constitute a huge obstacle.

The source noted Buhari may not conceed the ministerial appointment to Amosun this time around “because this is election year and he may want to appease some aggrieved party. The President is not obliged to pick any of them because he has the prerogative to choose anybody.” “And it maybe pick another person entirely,” the source said.

Responding to a question on whether Amosun can have his way this time around, “Don’t forget this is an election year. The President may use the ministerial appointment to settle some aggrieved party members. Another thing is that the President may not post whoever emerges to the Ministry of Finance.
“His support is not limited to Amosun alone. More so that the governor is no longer enjoying much support because of some crisis in the ruling party in the state over the consensus arrangement which he has adopted,” the source said.

The State Publicity Secretary of APC, Wole Elegbede declined comment, when contacted by by daily trust, saying “those in government are in the best position to comment on the issue.”

On his part, the State Commissioner for Information, Dayo Adeneye was yet to respond to the text message sent to him, daily trust reports.