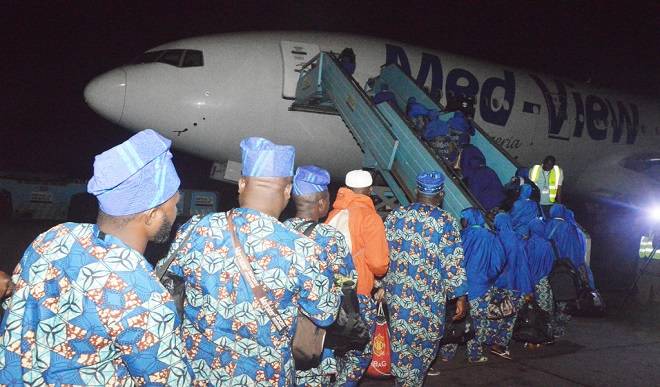 NAHCON List Items Pilgrims Should Avoid In Their Luggage

Pilgrims have being warned against carrying prohibited items,in their hand luggage and their 32kg main luggage while traveling.

The National Hajj Commission of Nigeria (NAHCON), in a statement by its head, public affairs division, Fatima Sanda Usara explained that the warning was aimed at ensuring safety and in line with aviation regulations world wide.

The statement said the call became necessary following discoveries made during an unscheduled visit to pilgrims’ luggage screening bay, where some bags were found with prohibited items that could compromise safety of passengers, in this case- their own safety.

“Pilgrims are also warned to note that any luggage in which any prohibited matter is seen via x-ray machine, such a bag is secluded from freighting until the item is removed.

“Therefore, for their own personal safety, and to avoid having their luggage being unlocked, delayed, pilgrims should avoid carrying the following items in their 32 kg bags:

“As for the 10kg hand luggage, in addition to all of the above, other prohibited items include: knife, razor blades, (any sharp objects), toy guns,” the statement said.

Meanwhile, NAHCON said about 22,000 pilgrims have so far been transported back to Nigeria with some states having concluded their return journeys.