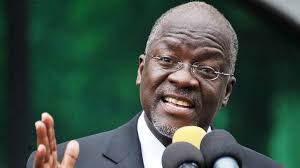 Job Ndugai, the Speaker of Parliament, who made the announcement, stated that both cosmetic trends could cause health problems, the Citizen Tanzania newspaper reported.

Twitter reacted with mirth to the reported announcement, with one user tweeting “U read some stories and you just conclude that Africa is doomed.”

“Because the fake lashes and nails will confuse their male counterparts?” another user tweeted in response to the story.

The ban reportdly trended in the social media along with other decision taken by President Johan Magufuri, especially concerning his position the use of contraceptives.

President Magufuli was reported to have said there was no need to use birth control.

The Speaker of of Parliament said women MPs with fake lashes and nails were banned from parliament.