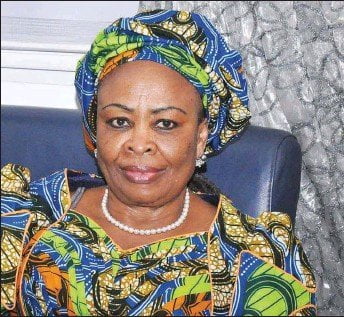 Others that defected from the Peoples Democratic Party (PDP) to the APC are retired Deputy Inspector-General of Police, Udom Ekpoudom and former Chairman of Eka Local Government, Mr Francis Ikpon.

Speaking at the occasion, Okpobodi said that the PDP had virtually collapsed in the state.

“On behalf of Akwa Ibom APC, I stand as Chairman to receive the latest members of our party in their hundreds in the state.

In his remarks, Eta expressed delight at the defection of the former PDP chieftains into APC fold, describing the defectors as `wonderful Nigerians’.

“I am the luckiest National Vice Chairman in APC because I am superintending over the fast growing people in the party,’’ he said.

“Not too long from now, I promise you, we are going to have a majority of senators of South South from the APC in the National Assembly,’’ Eta said.

He said that when President Buhari-led government took over power in 2015, things were difficult but today thing are getting better.

“It is not yet completely good but it is getting better,’’ he added.

He urged Akwa Ibom people to vote massively for President Buhari come 2019 general elections in the state, saying that the present administration was not corrupt.

“I receive to this party, Her Excellency, Valerie Ebe and Sen. Eme  Ekaette and others to APC in the state.

Responding, Ebe said that since President Buhari came on board, things were not going well in Akwa Ibom any longer.

“I saw that without changing to APC, we will be doing serious mistakes,’’ she noted.

The former deputy governor said that the government of PDP in the state has not performed well.

“We turn around and say if we are not members of the ruling party we will lose out at the national level.

“We have been suffering in the PDP-led government in the state. So we say so long as we have APC government led by President Buhari we are fine,’’ she said.