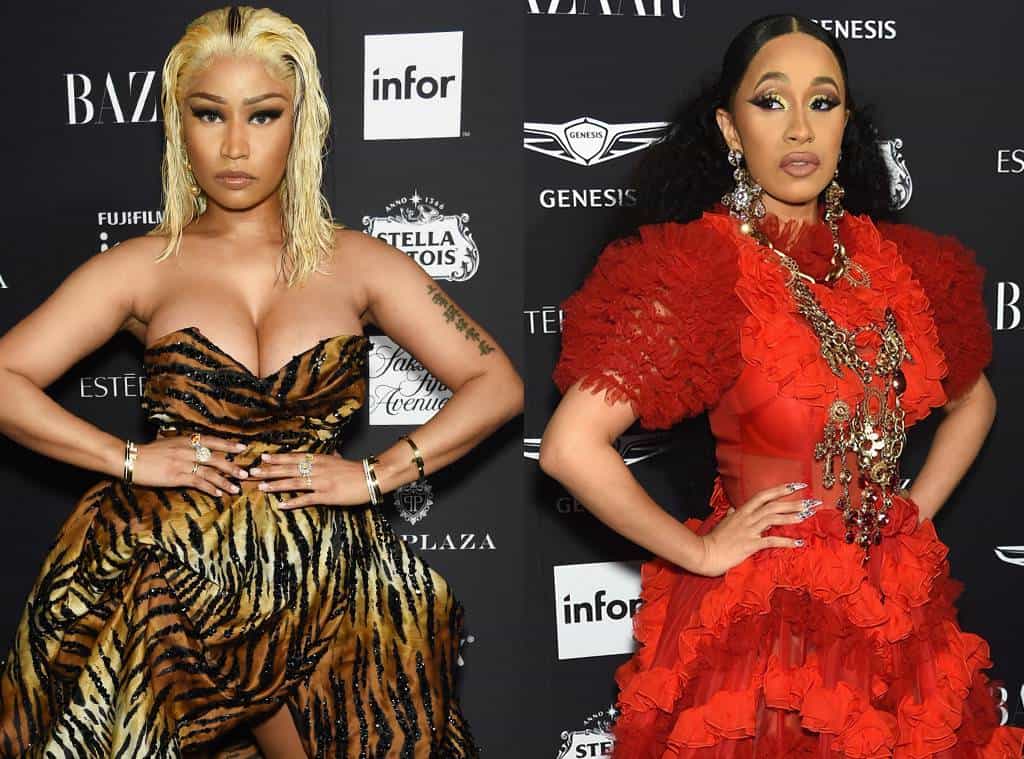 Nicki Minaj Claims The Incident Made Her Feel Humiliated

Kelly Rowland, has finally reacted to the attempted fight that took place at the New York Fashion event, between Cardi B and Nicki Minaj.

Rowland was present at the show, which took place on Friday.

The former Destiny’s child star while speaking with E! News, said: “I think in a time where Serena Williams is fighting for equality I love both Nicki Minaj and Cardi B and I think that they are extremely talented and in a time when she is fighting for women’s equality, we just can’t be fighting.”

She further stated, “There’s no time for us as women to fight and they are just so talented and I just genuinely love them both so much, but it’s just not the time. We have way bigger issues as women, you know what I mean? So I don’t know. I’m Switzerland, I don’t f–cking know.”

Nicki also addressed the fight on her Queen Radio show.

According to her, she revealed that she felt humiliated by Cardi’s action, and had never spoken ill of her (Cardi) parenting skills nor her newborn baby, so she did not understand the reason behind Cardi’s decision to fight her at a high profile event.

“You just had the biggest blessing of your life with a child and in 2 weeks you attacked 3 women, one at fashion week,” said Nicki Minaj, referencing the recent report of how Cardi allegedly sent guys to beat up sisters, one of who allegedly had an affair with her husband Offset.

Nicki continued, “You left [the NYFW] looking the way you left looking so that people could point their finger at our community and laugh at us some more.”

Cardi B is yet to react to Nicki’s statement.