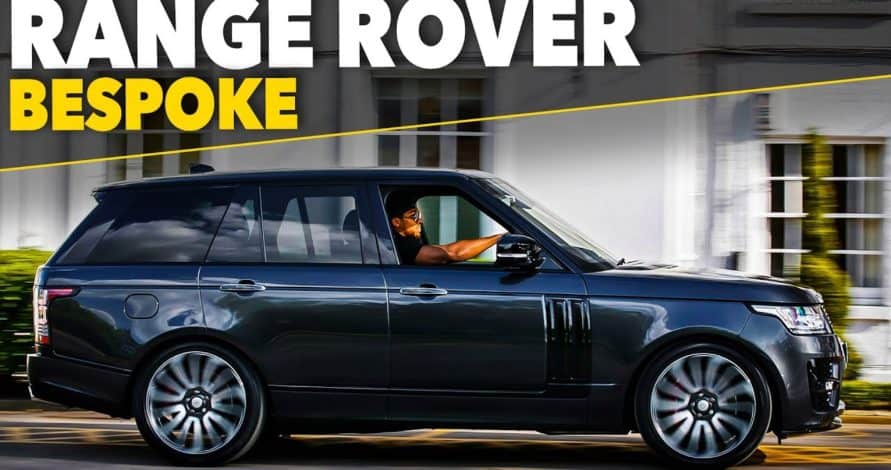 In what appears to be unexpected occurrence, Anthony Joshua’s specially built Bespoke Range Rover has been reportedly stolen in London.

With a worth of $270,000,000( about N1billion), Joshua’s personalised luxury motor which is engrossed with his signature, was reportedly stolen on Thursday.

According to reports, the car was stolen from a relative’s home in London while the sportsman was training at the English Institute of Sport (EIS) in Sheffield, South Yorkshire.

His title belts are not believed to have been in the car at the time.

“AJ’s pretty annoyed about it because it’s so close to the fight. He doesn’t want any distractions at all,” a source said.

“Thankfully no one was hurt when it was stolen. There were no aggravating features in it which is a massive blessing.

“But this is probably one of the last things he wanted before the fight.”

The Nigerian born boxer will be slugging it out against his Russian challenger Alexander Povetkin, 39, as he aim at defending his WBA, IBF and WBO heavyweight crowns.

Another source said: “Unluckily for the people who took it, there’s a tracker in it so it probably will come back at some point.

“It’s probably going to haunt them. I think he’s just worried what state it will be in when it’s found.”

The police suspect that the car thief broke into the car using a keyless device that mimics a car’s key fob.

The $180 device can pick up the signal of the genuine fob and fool the car into thinking it’s being opened legitimately. Once inside, the thieves can override the keyless start with a simple computer.

The spokesman for Joshua said: “A shared car was stolen from a relatives central London home in the early hours of the morning. This is now a police matter and no further information will be made available.”

Joshua got the car weeks before his famous victory against Wladimir Klitschko last year.

As well as a specially tuned 5.0-litre V8 engine which can sprint from 0-60mph in just 5.1 seconds, the whole interior is completely personalised.

There’s also a huge sports equipment storage unit in the boot, perfect for all AJ’s trophies, gloves, pads and a punching bag.

“You know someone’s happy when they’re 50m away from the car and they’re saying that looks phenomenal and they haven’t even got inside,”.

“I’m not someone that’s like ‘that will do, I’m happy with that’. It’s great or nothing — and I’m over the moon with that.

“It’s just perfect. It’s subtle and your eyes draw to the finer details, the small touches of attention and I’m overwhelmed.

“I couldn’t have asked for anything anymore. That’s what having a special car is about — something that represents you.” he wrote.