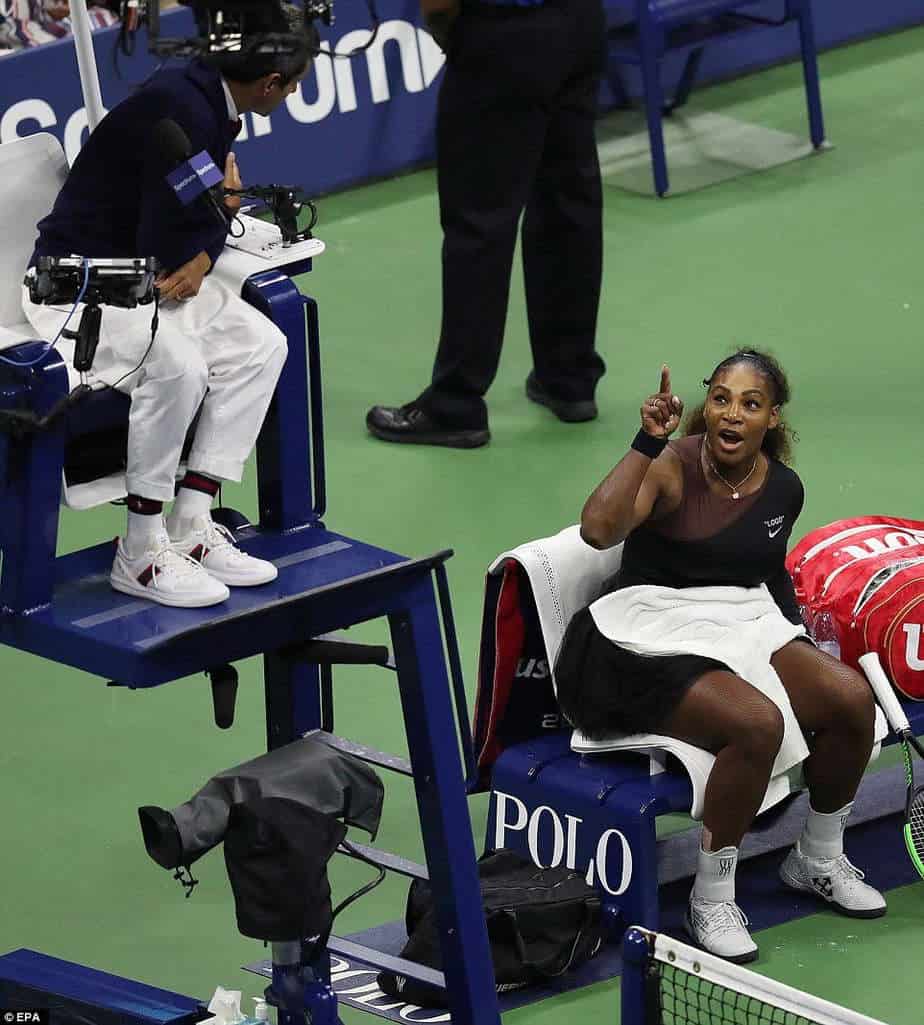 The United States Tennis Association (USTA) had said on Sunday that Serena Williams has been fine $17,000 for the code violation penalty she received U.S. Open final.

During her Saturday defeat to Japan’s Naomi Osaka 6-2 6-4 in the final match of the competition, Williams was penalized for on-court coaching and a point penalty for breaking her racquet before a heated confrontation with umpire Carlos Ramos ended with her losing a game.

Williams who vehemently argued against each of the violations during the match, was out to win her 24th Grand Slam singles title on Saturday.

She had earlier called the umpire a “thief” for giving her a point penalty, she also demanded that he apologized for handing her the penalty wrongfully.