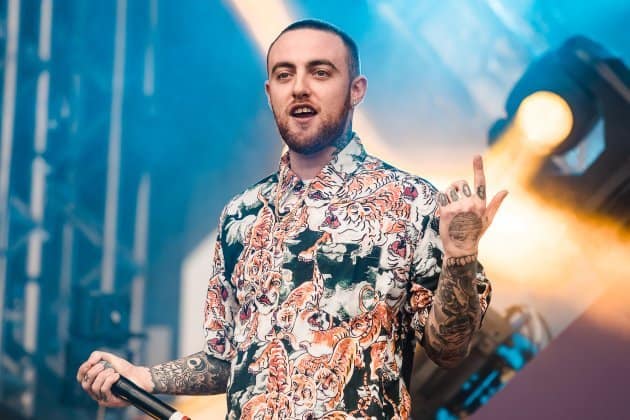 Colleagues Describe Miller As An Inspiration Who Will Be Remembered

Elton John has paid tribute to Mac Miller, the rapper that was reported found dead in his Los Angeles apartment on Friday after allegedly taking overdose drug.

Recall that Naija News reported that Miller dead at the age 26, due to alleged overdose of drug.

Many of the rapper’s colleagues while reacting to report of his death, talked about his good spirit and how he was an inspiration.

“[I] was a fan of his spirit,” said Late Late Show host James Corden. While Chance the Rapper added, “He was one of the sweetest guys I ever knew … I loved him for real. We lost an inspiration to fans and many musicians. you’re a musical icon forever.”

Speaking about the late rapper at his Allentown, Pennsylvania, show of his three-year farewell tour, Elton John dedicated his 1974 hit “Don’t Let the Sun Go Down on Me” to Miller, saying:

“Who unbelievably, at 26, passed away. It’s inconceivable that someone so young and with so much talent could do that. I would like to pass all of our love and best wishes to his loved ones, his family, his friends. Mac, wherever you are, I hope you’re happy now.”

See the clip below:

Elton John dedicates Don’t Let The Sun Go Down On Me to Mac Miller: “Mac, wherever you are, I hope you’re happy now” ? pic.twitter.com/oJHNfVFqdz