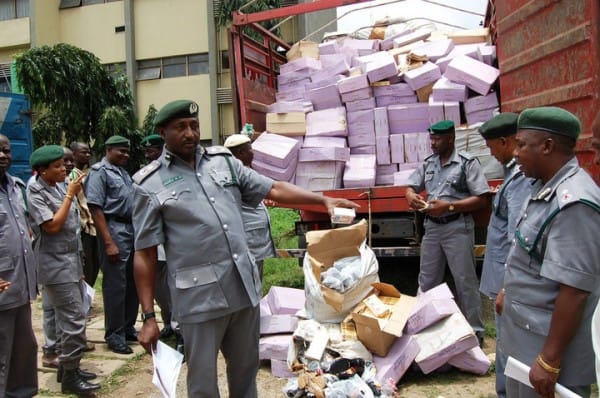 The Federal Operations Unit (FOU)‎ of Nigeria Customs Service (NCS) Zone D, has seized smuggled goods worth N500 million across the nine states of the zone.

Mr Peters Olugboyega, the Comptroller of the zone who confirmed this to Journalists in Bauchi, also disclosed that the goods were seized from various locations in the zone.

The seized goods include: 1,963 cartons of Spaghetti, 780‎ gallons of vegetable Oil, 300 bags of parboiled rice concealed in BUA Sugar bags and 90 Bales of second hand clothing
‎
According to him, the goods are accosted while being transported ‎in three J5 Buses and two trucks at different locations.

“The Mercedes-Benz truck with the concealed bags of Rice was impounded by our men along Jos-Bauchi road on last Saturday.

‎The Comptroller noted that smuggling, had over time affected the country economy, leading to huge losses ‎in the revenue drive of the country.

Olugbenga assured that the Service was committed to reducing the menace to the barest minimum.

‎He said that drivers of the vehicles ‎carrying the smuggled items were arrested and would soon be prosecuted alongside the smugglers.
‎
He equally warned Nigerians to desist from smuggling, stressing that that anyone caught would be prosecuted according to the provisions of the law

The News Agency of Nigeria NAN reports that the Zone D of the Service with its headquarters in Bauchi, comprised of Borno,Yobe, Adamawa, Bauchi, Taraba, Gombe, Plateau, Benue and Nassarawa‎ states