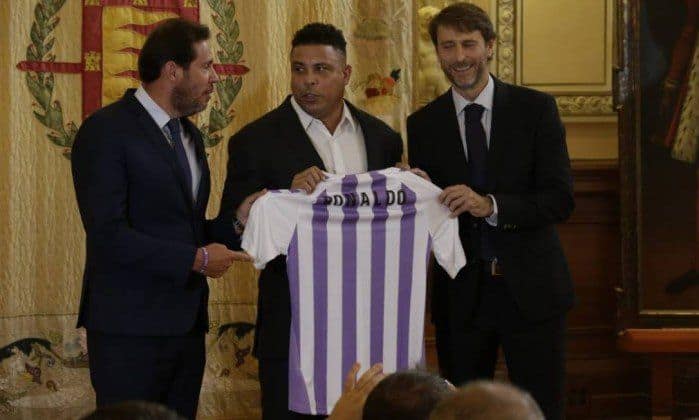 Ronaldo ‘Phenomenon’ was confirmed this Monday as the new owner of Valladolid, a club that this year has been promoted to the Spanish first division.

According to the Spanish press, the former Brazilian international acquired 51% of the club’s shares, in a transaction valued at 30 million euros.

“For me, it’s a very important day. I went through a lot of steps to prepare myself in and out of football,” Ronaldo said in his presentation as the new president of Valladolid.

Ronaldo acquired most of the shares that belonged to President Carlos Sánchez. So far the owner of the club has welcomed the Brazilian:

“Today is a point of departure: Ronaldo has acquired 51% of the shares of Real Valladolid, and he is an idol who is passionate and contagious to his fans and his arrival puts Valladolid on the map and will allow the club to make a jump in quality.”

The former Real Madrid player made it clear that he will be at the head of an ambitious project.

“We have the best names to fulfill our objectives, which we will take forward because we want to grow as far as our dreams allow.” This new management will be defined by four words: competitiveness, transparency, revolution and social. and with the staff of the last years, “he added.