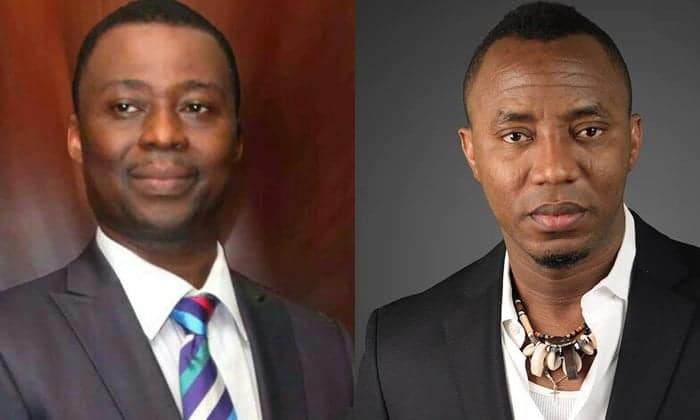 The Publisher of Sahara Reporters and Presidential aspirant of the AAC, Omoyele Sowore has reacted to the N10bn libel suit filed against him and Sahara Reporters at the Akwa Ibom High Court, by Mountain of Fire and Miracle Ministry (MFM).

Naija News learnt that Sowore, who reacted through his Facebook Page, simply dismissed the case as “Nothing To Worry About!”, apparently considering it as non-threatening to his presidential ambition.

He further claimed that “Earlier this Year This Same “Pastor” And GO Olukoya Sent A UNILAG Alumni Official, Aaron Akinloye To Ask For A Meeting Between Him, The New Vice Chancellor Of UNILAG, Prof. Toyin Ogundipe And Myself, Aaron Claimed He (Olukoya) Was Doing Wonders For UNILAG And Wanted Me To Stop SaharaReporters From Negative Reporting Against Pastor Olukoya, I Refused!

I Told Aaron I am Only Interested In Meeting Prof. Ogundipe To Discuss The Unjust Rustication Of Femi Adeyeye (A Student Activist Who Was Rusticated For Two Years Over His Criticisms Of The UNILAG Senate On Facebook)

Since I Rejected A Meeting With Olukoya, The GO has Gone Bunkers Threatening Brimstone And Fire.”