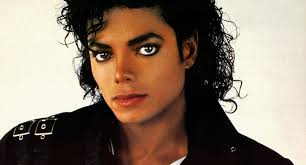 Sony Music Deny Knowing About The Authenticity Of The Voice

A report by Complex has it that both Sony Music and Micheal Jackson‘s Estate have been cleared in the lawsuit over the claim that fake vocals were used on three songs released as a part of 2010’s posthumous Michael album.

The appeal court judges ruled in favour of Sony Music and the estate, clearing them from the class-action lawsuit filed in 2014 by Vera Servoa, a fan of the late icon, who questioned the validity of Jackson’s music which were released and sold in 2010. The alleged fake songs include: “Monster,” “Keep Your Head Up,” and “Breaking News.”

The report is coming days after news surfaced that Sony admitted to using fake vocals in the project, however Sony denied the allegation.

Variety further revealed that judges ruled on Tuesday that Sony and the estate did not know for sure whether Jackson sang on the three songs in question, and the album’s promotional materials were not “strictly commercial speech,” so they were not liable for the charges filed by the fan.

“Because [Sony Music, MJJ Productions and the Jackson estate] lacked actual knowledge of the identity of the lead singer on [‘Breaking News,’ ‘Monster,’ and ‘Keep Your Head Up’], they could only draw a conclusion about that issue from their own research and the available evidence,” court documents say. “Under these circumstances, [Sony Music, MJJ Productions and the Jackson estate’s] representations about the identity of the singer amounted to a statement of opinion rather than fact.”

See one of the music below: