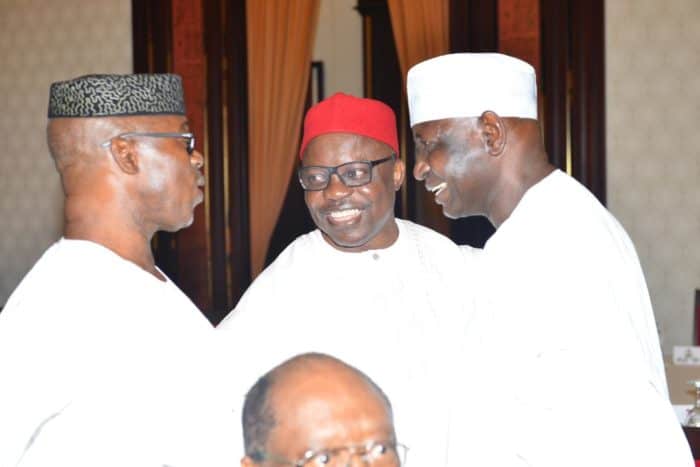 Dr. Emmanuel Uduaghan, former Delta State Governor has been spotted on Tuesday at the Presidential Villa, where President Muhammadu Buhari met with the All Progressive Congress (APC) caucus.

In resent times, there have been unconfirmed report that Uduaghan, a two term governor of Delta State (2017-2015) on the Platform of the People Democratic Party (PDP) was making move to switch to the APC.

Vice-President Yemi Osinbajo and members of the National Executive Committee of the APC led by its chairman of the APC, Comrade Adams Oshiohmole were all in attendance.

Some members of the National Assembly from both Senate and the House of Representatives are also in attendance.

According to NAN, the meeting which was held behind closed door was held to discuss socio-political issues including the forthcoming APC party primaries.

The Independent National Electoral Commission (INEC) had in January released the Timetable and Schedule of Activities for the 2019 general elections.

NAN understands that the meeting of the APC Caucus would deliberate on whether to adopt direct primaries being advocated by the party’s national chairman, Oshiohmole, or indirect primaries, through delegate system.