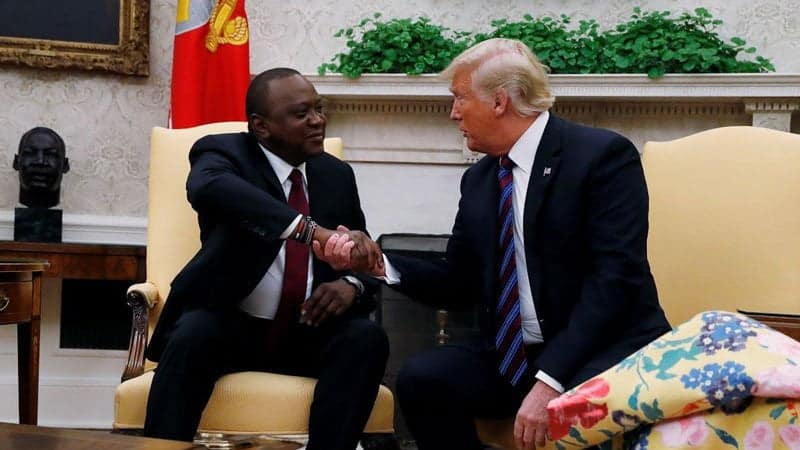 That meeting has high on its agenda, discussions on trade, investment and security.

Advocates of closer US-Africa ties hope his encounter with the younger, more urbane Mr Kenyatta, 56, will breathe fresh life into a relationship with a region that Washington is seen to have neglected as other countries, notably China, develop ever-closer trade and investment ties with the continent.

The meeting came at an opportune time for Kenyatta who is looking for partners and funding for his Big Four Agenda and just two months before national carrier Kenya Airways begins direct flights to New York.

The presidents discussed ways of strengthening the blossoming Kenya-US relations focusing on the two nations’ shared democratic values and mutual interests. Kenya has in the past reaped from US-sponsored multilateral programmes such as the African Growth and Opportunity Act (Agoa) which President Uhuru renegotiated.