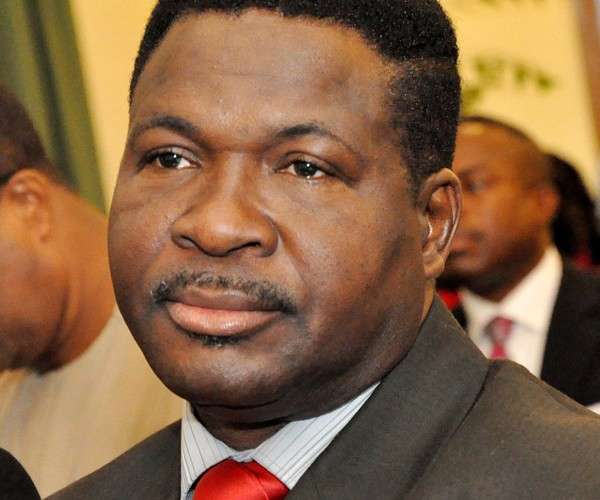 “national security or national interest is a veritable smokescreen under which a tyrannical and lawless government hides to promote its dubious agenda against the hapless masses. Mike Ozekhome, human rights lawyer, has said

Ozekhome said this in reaction to the position of President Muhammadu Buhari that national interest should be elevated above the rule of law.

Buhari said this while addressing the 2018 NBA annual general conference in Abuja.

Buhari voved that his administration would not sacrifice national security for the rule of law.

But responding, Ozekhome who expressed disappointment, said Buhari spoke in a manner less expected of him.

“Mr. President, with all due respect, is definitely wrong on this score,” he said in a statement.

“The declaration reminded me of the locust days of Decrees 2 and 4 which decimated citizens’ rights and ousted the courts’ jurisdiction to inquire into breach of such rights. I was shocked when I beheld lawyers, who ought to have protested loudly at this legal profanity, clapping, laughing and applauding him. It was, to me, a desecration of the dignity of man.

“Are we cursed, or are we under a spell or state of mental stupor and intellectual inebriety? Mr. President was literally suspending the Nigerian Constitution, by his statement. And lawyers were cheering!”

The lawyer argued that under no circumstance should the rule of law be relegated, saying it is the foundation of the society.

“Rule of law is the very anvil and foundation on which any society is anchored. It precedes society itself and predominates over national interest,” he said.

“Indeed, modern society itself emerged from pristine stone age irrationality through the operation of rule of law. It was the violation of the rule of law in the Garden of Eden by Adam and Eve, when they ate of the forbidden fruit, that so upset God that he drove them out of this Eldorado, after giving them a fair hearing. Without rule of law, there can be no nation state. Without nation state, there can be no national interest. Rule of law is father of national interest. No society can exist without the Rule of law. It is immutable, ineradicable, and unchangeable.

“Those deceiving Mr. President and writing warped “legal opinions” and speeches for him on sensitive national matters that could snowball into serious cataclysmic miasma capable of consuming all of us, just to keep their cheap jobs and serve the insatiable bacchannalian appetites of their gods at the ephemeral corridors of power, must remember the immortal words of the Supreme Court in Military Governor of Lagos State v Odumegwu Ojukwu (2001) FWLR (part 50) 1779, 1802, coran erudite Obaseki, JSC: ‘The Nigerian Constitution is founded on the rule of law, the primary meaning of which is that everything must be done according to law. Nigeria, being one of the countries in the world which professes loudly to follow the rule of law, gives no room for the rule of self-help by force to operate’.”