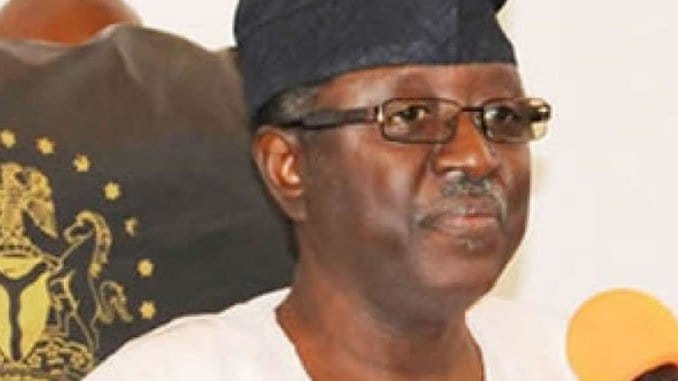 Former Governor of Plateau State and senator representing Plateau North in the National Assembly, Dr. Jonah David Jang has declared that he wants to be president in 2019.

Jang who disclosed this, today at Plateau State office of the Peoples Democratic Party (PDP), where he officially presented letter of intend to contest the 2019 Presidential election,  said he would pursue vigorously the task of restructuring Nigeria in accordance with the constitution of the country.

He noted that the country is deeply divided along ethnic and religious lines thereby creating suspicion and lack of trust among various ethnic group in the country.

In his words, “I am prepared to pursue the task of restructuring Nigeria based on the constitution of he country with doggedness. I am willing to restore Nigeria. I believe in Nigeria and it oneness, I believe we can make it to the top nation of the world.”

As earlier reported by Naija News, Jang had informed his constituent that he won’t be returning to senate in 2019.

The senator made the disclosure at a meeting with Peoples Democratic Party, PDP stakeholders from his senatorial zone held at WAYE Foundation, Doi, Jos South Local Government Area.

He said that the Senate seat would be vacant for the 2019 election, for the people of Plateau North to decide who should represent them at the red chamber.