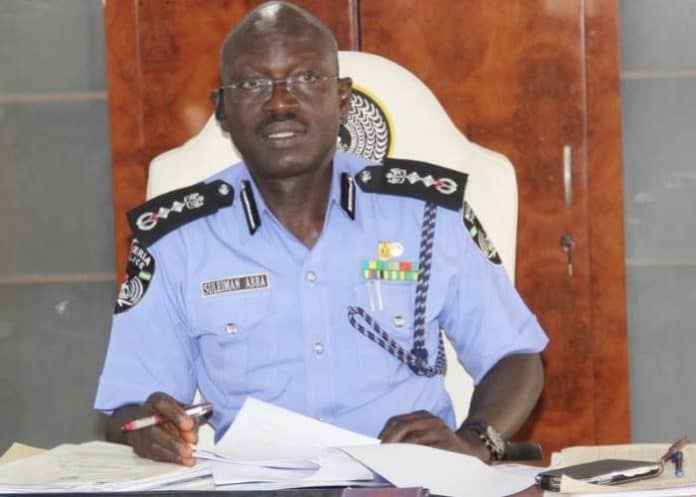 My Sack As Police Boss Was Politically Motivated

Former Inspector General of Police, Suleiman Abba, has accused the former President of Nigeria , Dr Goodluck Jonathan of forcefully removing him after failing  to rig elections in favour of the Peoples Democratic Party, PDP, in Osun State.

Recalling the circumstances that led to his premature retirement from service, Abba told Daily Trust that, “Believe me, I have always counted myself lucky. I think because of the little background I gave you about the strength of discipline in me, both personal and professional, I received my sack as a normal development. I was not shocked for a reason that I knew it would happen.

“Right from the time I started work as Inspector General of Police, I knew that I may not reach the date of my retirement, which would have been 2019, by which time I would have been 35 years in service and 60 years of age. I am saying this because the very first week I took over, we had the elections in Ekiti, that was August 2014. Arrangements had been made for the election by my predecessor and I think it was the same team that also did the Osun election, it was the same AIG.

The former police boss also said that he knew he will not stay long in office as the the inspector General of the police because first week he took over as the IGP, one of the leading stalwarts in the PDP asked him to deliver Osun State to them and they will confirm his appointment quickly.

“One of the leading stalwarts in the PDP then said to me: ‘IG (you know I was acting then) deliver Osun to us and we will confirm you quickly.’ I was shocked! That was when I knew that I may not last long in the office. Immediately, I said to myself, ‘How could I deliver when I am not an electorate?’ The voters are the ones to deliver, my own was to protect the whole process.

“Of course I said to myself that what happened to one of my predecessors (may his soul rest in peace), Adamu Suleiman, was going to happen to me, maybe I would never be confirmed. He was Inspector General of Police and till he left office he was not confirmed.

“So that is my approach; I accept things the way they come. I said to myself that I was going to leave that office without confirmation; but then, I went to Osun and did what I was supposed to do. Of course, having made up my mind that I wasn’t going to take the dictates of someone on what I had been doing for decades, I went to Osun, addressed the police officers who were very cheerful because they were seeing their IGP for the first time. I told them to go and do what the law protect the electorate, all other stakeholders, INEC officials, observers, and of course, any other person that had the right to be around the polling areas, collation areas.”