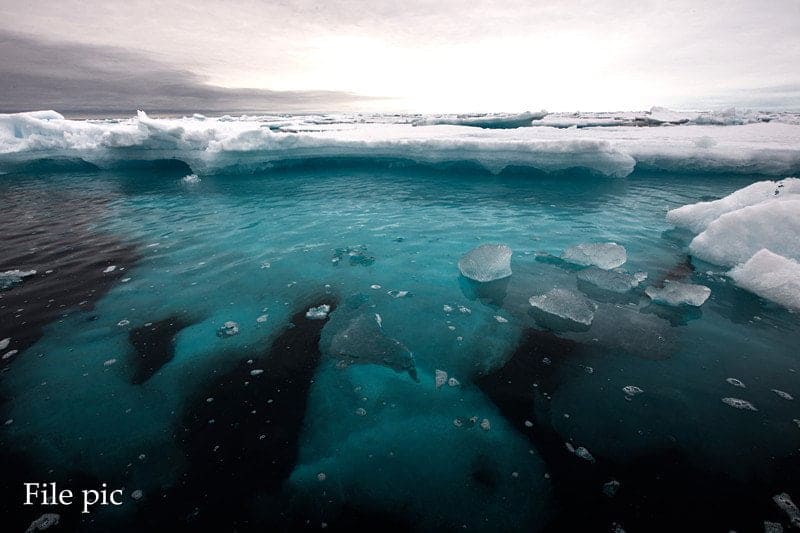 Recent satellite images published by NASA have shown that some of the oldest and thickest ice in the Arctic is melting.

“It should be there; it’s been there for longer than any other ice in the Arctic,” the report said.

“On average, it’s over four meters thick and can be piled up into ridges 20 meters thick or more,” CNN reported, quoting Walt Meier, a senior research scientist with the U.S. National Snow and Ice Data Center.

Some of the thick ice have given way to an open water  for the first time on record.

“(The open water is) 20-30 miles (32-48 kilometers) wide and goes all the way from the northeast off Greenland to the northern tip, and even further west,” Keld Qvistgaard, a senior ice adviser with Danish Meteorological Institute’s Greenland Ice Service, told CNN.

“I’ve been in this business for 26 years and I don’t recall that I’ve seen a breakup this big,” Qvistgaard added.

The melts have occurred twice this year — one in February and the second in August. Winds and warm weather have pushed the ice off Greenland’s coast further than it has ever been observed, according to a report by USA Today.

“This was the area that was seen as the last bastion, where we’d see these changes come last, but they’ve arrived,” Meier said.