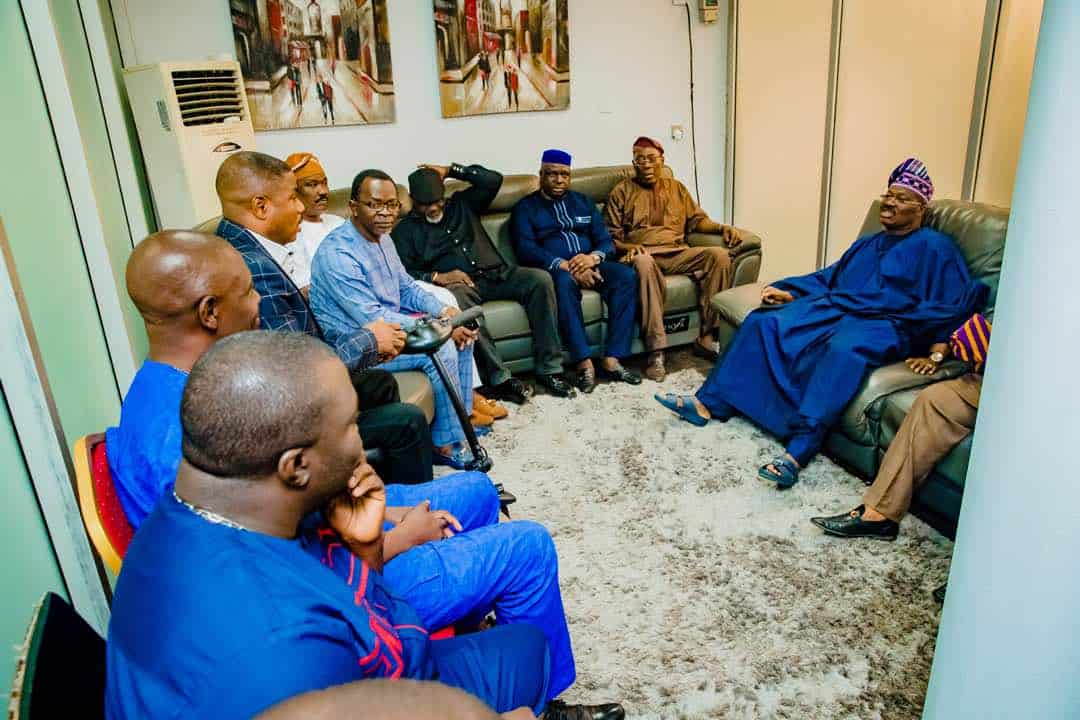 Governor Ajimobi with Ayefele and team during the meeting on Thursday, August 23, 2018

In a bid to resolve  the crisis created by the demolition of the Music House housing Fresh FM radio by the Oyo State government, the chairman of the radio station, Dr Yinka Ayefele met with Governor Abiola Ajimobi at the Agodi Government House.

Naija News learnt that the two-level peace meeting,was facilitated by a top governorship aspirant in the All Progressives Congress (APC), Mr Joseph Tegbe.

The ace gospel singer’s architect is to liaise with officials in the department of physical planning to work out the modalities and the approval, while the fence of the building would be moved back a few metres.

The governor also expressed willingness to ensure financial compensation to Ayefele, with the terms of the recompense to be discussed at a later meeting between the governor and the proprietor of the station.

But the peaceful atmosphere that governed the first round of the meeting involving the governor gave way, as Ayefele and Arulogun were left to hold the second layer of the meeting.