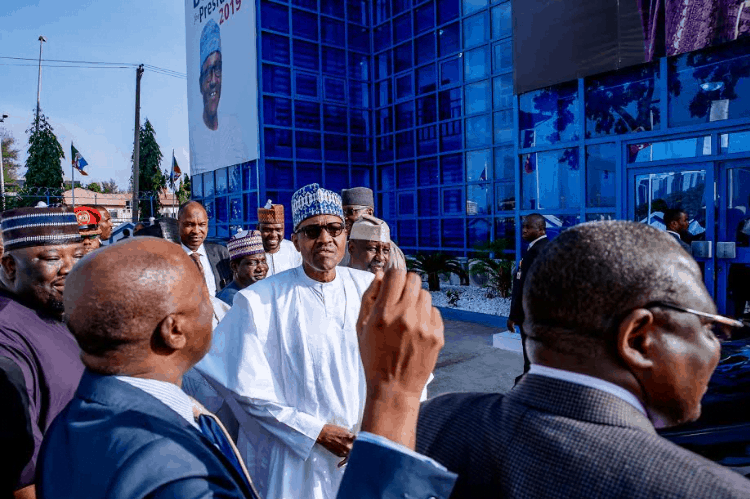 The National Chairman of the Party, Dr Mike Omotosho  has given  the assurance of his party to vote for re-election bid of  President Muhammadu Buhari and his Vice, Prof. Yemi Osinbajo.

Naija News Understands that Omotosho gave the assrance at an  event organised by the  Buhari/Osinbajo suppor tgroup which  was attended by the Alhaji Lai Mohammed, the Minister of Information and Culture and the leader of the All Progressives Congress (APC) in Kwara.

Omotosho also said his party will also work with the APC to liberate Kwara from misrule by a clique led by one man.

Omotosho charged the people of Kwara, to take the opportunity of the political development in the country to free themselves from slavery and oppression.

Speaking in the same vein, the Chairman of APC caretaker committee in Kwara. Bashir Bolarinwa said President Buhari should be given a chance to continue with his agenda of liberating the country from poverty and treasury looting.

He said Nigerians should not allow a repeat of 1985 history when Buhari regime of discipline and prudence was ousted to pave way for corruption and retrogression.

Otunba Gani Zubair, the coordinator of Buhari/Osinbajo 2019 Project, said the group was formed because of the dysfunction within APC orchestrated by the defection in the National Assembly.

He said the objective of the movement, among others, is to counter all forces against the President and mobilise the people for his re-election.

Naija News also  understands that the the Information minister inaugurated the volunteers and charged them to sensitise the grassroots to the achievements of the Buhari’s administration.