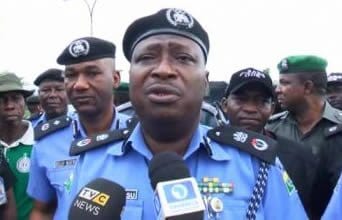 The Plateau State Police Command have revealed that  they have  foiled an attempt by some youth to set ablaze a Catholic church located in Kongo Rosha part of Jos North Local Government Area of the State.

Naija News Learnt that the Police Public Relation Officer in the state, who made this known  this today said  that the incident occurred on Wednesday at about 10:30 p.m.

He said “contrary to news making the round that a church was burnt, that story was not true.The church was not burnt. There was an attempt to do that but the police had timely intervened following a call from the Divisional Police Officer (DPO) of the area, Musa Hasan.”

Mr Tyopev said “at about 10:30 p.m., the command received call that some youth were about to set ablaze a Catholic church in Kongo Rosha area.

“Upon receipt of the information, we mobilised police to the area and on reaching there, we discovered that it was a skirmish between two groups. The problem was that there was a girl called Moren who was said to be molested by some youths after which she reported the case to a group in her area. The group then went to the boys that molested the girl.

“On reaching there , the problem started where one Ayuba Damina was injured and later rushed to Ola Hospital for treatment,” he added.

Mr Tyopev, however, said “peace has been restored in the area. As I speak with you, the area is calm.”

He said the DPO of the area has called a meeting with parents of youth in the area to caution their wards. He said investigation is ongoing until the police get to the root of the matter and ensure that the perpetrators are brought to book.

Plateau has witnessed several violent clashes despite the efforts of the government and security agencies. Many of the violence has been between nomadic herdsmen and farming communities.