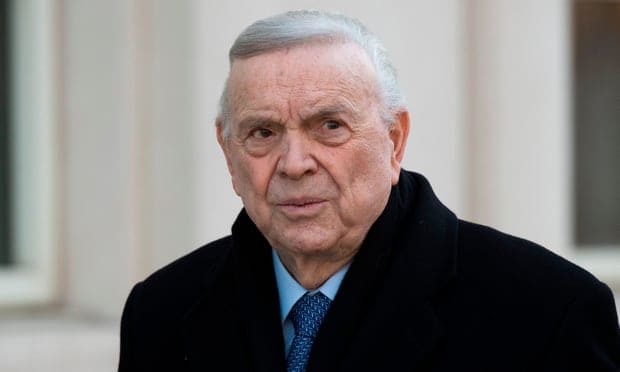 The Former Brazilian  Soccer Chief, Jose Maria Marin has been sentenced to four years in prison by a United States federal court following his conviction for corruption.

A US federal judge on Wednesday sentenced Jose Maria Marin, the 86-year-old former head of the Brazilian football federation, to four years in an American prison over the massive FIFA corruption scandal.

Naija News Understands that the 86-year-old was one of seven Fifa officials arrested at a Zurich hotel in May 2015.

Following a six-week trial Marin was found guilty in December 2017 on six of the seven counts against him of money laundering, wire fraud and conspiratorial racketeering. The sentencing took place in Brooklyn, New York, by US District Judge Pamela Chen.

Marin, who has already served 13 months in prison, was also ordered to forfeit $3.3m (£2.6m) and was fined $1.2m (£950,000). The Brazilian is the first official to be sentenced following the US Department of Justice investigation into corruption at football’s world governing body.

Juan Ángel Napout, the former president of South American football’s governing body CONMEBOL, was also found guilty of corruption charges at the same time as Marin and is to be sentenced on 29 August. The US-led probe into historical corruption at Fifa continues, with more prosecutions expected.

William Sweeney, the assistant director-in-charge of the FBI’s New York field office, said: “Today’s sentencing of Mr Marin is just one step in a wide-ranging investigation of these corrupt officials. And [it] shows the FBI and our law enforcement partners are continuing our pursuit of those who used the game of soccer to pad their bank accounts.”

Speaking after the ruling, Richard Donoghue, US Attorney for the Eastern District of New York, said: “Today’s sentence shows that for all their power and prestige, the soccer officials who corrupted ‘the beautiful game’ are not above the law.”

Counsel to Marin, Charles Stillman also said that they disappointed in the length of the sentence, but nevertheless respect the judge’s careful consideration of the relevant factors.

“We are disappointed in the length of the sentence, but nevertheless respect the judge’s careful consideration of the relevant factors. Mr. Marin will be seeking to appeal his conviction.”